Earlier this week, a eagle eyed reader over on CarAdvice spotted a new, high performance version of the Aston Martin DB11 testing and driving around near the Nurburgring.

The new model spied is much more aggressive than the regular DB11 – this car has a new and more aggressive front bumper, front splitter and larger intake. In addition, the side skirts appear a little wider, and there’s a makeshift spoiler on the boot. The car spied is running 21-inch black wheels in Pirelli P-Zero 305/30 rear tires, with new brakes.

The exact engine and power of the new model is unknown – it is expected that it will use the same 5.2L twin turbo V12 in the regular DB11, this time increased to a higher power figure (probably making around 460kW and 750Nm).

Official details about the car have not been confirmed. It is expected that the car will be called the DB11 S – if Aston’s usual naming system is anything to go by. What do you think? Let me know! 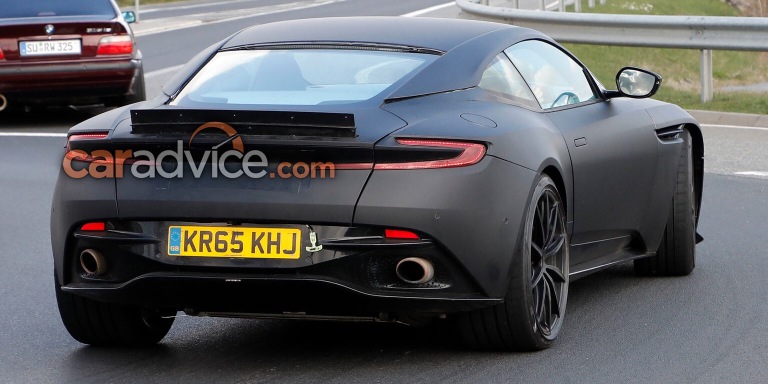