Earlier this week, the Hyundai Kona small SUV was officially revealed before it hits Australian showrooms in late September.

Named after the coastal region of Hawaii’s Big Island, the Kona comes with an option of four engines, along with either front or all wheel drive drivetrains: 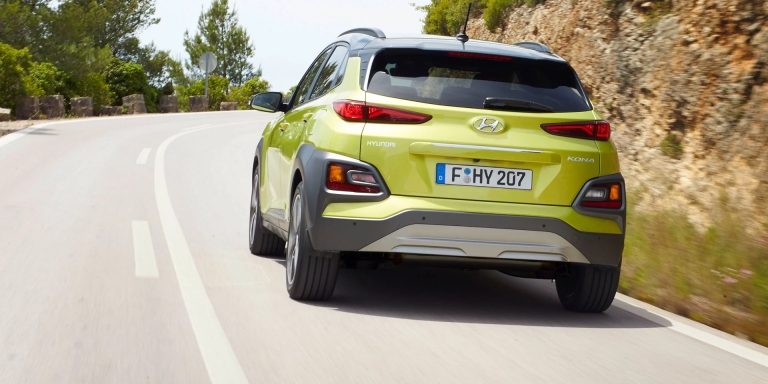 Size wise, the Kona is 4165mm long, 1550mm tall and 1800mm wide, with a 2600mm wheelbase – this makes it a couple centimetres larger than a Mazda CX-3. Further, IT features class leading boot and interior space.

Exterior styling wise, the Kona features the bold design spied a while ago, with two tier headlights, a cascading front grille, two tone paint as an option, slim tail lights and lots of chunky black tough plastic. Inside, main features include either a 5, 7 or 8 inch infortainment display, Apple CarPlay and Android Auto compatibility, a heads up display and wireless phone charging.

In Australia, the 2.0L 6-speed FWD will be the base model, with higher trims using AWD, the 7-speed DCT and the 1.6L petrol. What do you guys think of the Kona? Let me know down below!