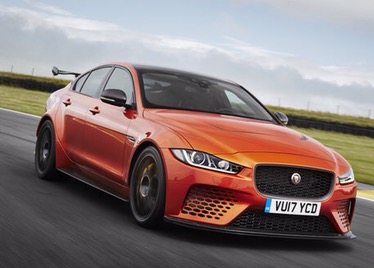 The Project 8 produces 441kW of power and 700Nm of torque from its 5.0L supercharged V8, making it the most powerful Jaguar ever built. Thanks to its all-wheel-drive system and 8-speed Quickshift automatic transmission (capable of changing gears in 200ms) the Project 8 can hit 60mph/97km/h in 3.3 seconds toward a top speed of 200mph/322km/h.

To ensure the XE SV Project 8 can get all of that power to the ground on the racetrack and at 200mph, it comes with a host of new aerodynamic upgrades. These include a carbon fibre wing, carbon splitter, carbon skirts, carbon diffuser, lightened carbon and aluminium body panels. The Project 8 has new track suspension with ride height adjestment, a new ‘Track’ driving mode, the first set of F1-style silicon nitride ceramic wheel bearings every used on a road car and carbon ceramic brakes – the latter of which is a first for a production Jaguar. Furthermore, the car uses 20-inch forged alloy wheels with 265mm front and 305mm rear Michelin Pilot Sport Cup 2 tires. 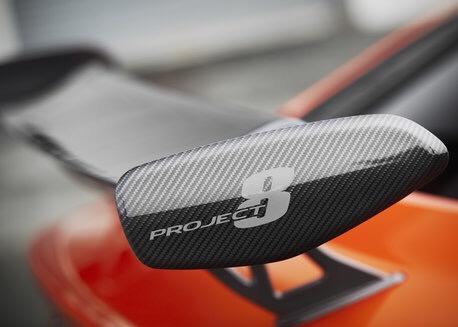 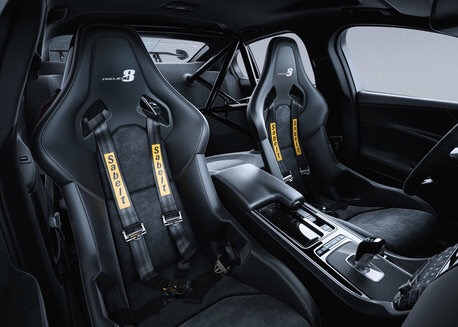 The 300 XE SV Project 8s will retail for 149,995 pounds in left hand drive markets such as the US, Canada, France and Germany. What do you think of the Project 8? Let me know down below!