Yesterday, images surfaced in Russia of the upcoming Buick Regal GS (or the Holden Commodore VXR) in Chinese spec. 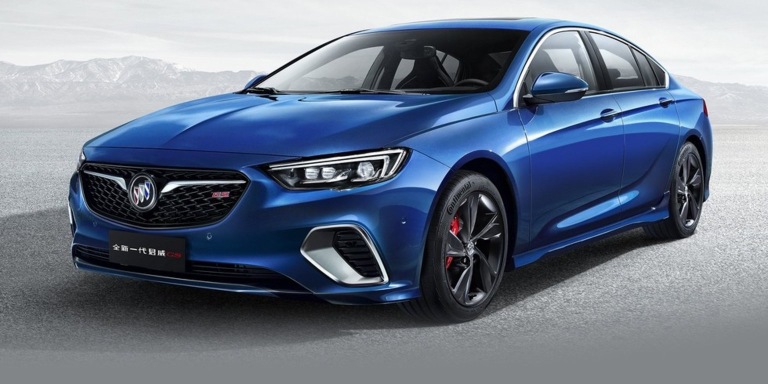 Two images, released by Russian motoring site Kolesa, show the front end of the car and the interior. Let’s start with the front – as expected the GS features a more aggressively styled front end, with satin chrome bumper inlets, tinted headlights and a black grille and lower vent. We can also see the GS’ wheels – they’re black, 5-spoke wheels that are reminiscent of a blade – which are paired with red brake calipers. The interior on the other hand is decorated with red stitching and new sports seats.

The Buick Regal GS/Holden Commodore VXR is expected to be powered by a 3.6L naturally aspirated V6 engine producing 230kW/310hp, delivering power to all wheels through the same AWD system used in the Ford Focus RS. I’m super excited about the Commodore VXR/Regal GS – it’s going to be a great car. What do you think? Let me know!