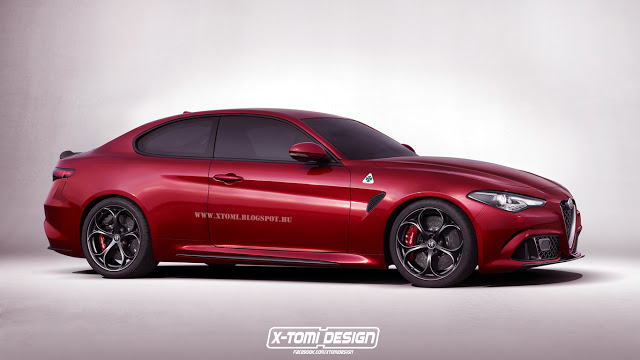 The Giulia Sprint will be avaiable with two choices of powertrain. The first is based off the mid-spec Veloce – it will pair its 206kW 2.0L turbo-4 with a Formula 1-style energy recovery system (ERS), boosting power to 257kW. That ERS system is said to be an evolution of the HY-KERS system developed by Magneti Marelli and Ferrari for the LaFerrari hypercar – if so, that’ll give Alfa a technology that will put them ahead of the competition.

However, the real star of the Sprint range will be the Quadrifoglio. It will pair the 2.9L twin turbo V6 from the sedan with the ERS hybrid system to lift power from 375kW to a stonking 478kW. For reference, that’s only 15kW less than the V8-powered Ferrari 488 GTB supercar.

In addition to the power gains, the Sprint is expected to get a new set of body panels to match its bodystyle, including a unique rear roofline, longer doors and a new front fascia to differentiate it from the sedan.

The Giulia Sprint is expected to be revealed later this year, with a market debut in 2019 likely. What are your thoughts (leave them below)? As an Alfa fan, I’m ecstatic – it will be great to see the newbie slay the giants once again.