Toyota has announced a limited edition of the 86 sports car called the TRD Special Edition for the US.

The special edition 86 gets a number of additional performance parts over the regular 86, including Sachs dampers, 326mm front and 316mm rear Brembo brakes, 18-inch alloy wheels, 215mm Michelin Pilot Sport 4 tyres, TRD sports exhaust with brushed stainless steel tips, and a TRD sports bodykit with a front bumper, rear diffuser, side skirts and spoiler. The 86 TRD SE is only available in one colour, Raven, and features retro-inspired TRD decals.

Inside, the cabin has received the TRD treatment too – the steering wheel and sports seats have been trimmed in red and black material, complemented by red seatbelts, red contrast stitching and an embroidered TRD logo on the passenger-side dashboard.

Many of the performance parts offered on the 86 TRD Special Edition are also available as part of the optional Performance Pack available in Australia. However, some items, such as the TRD exhaust and grippy Michelin tyres, are not available locally, suggesting they could be heading our way in the near future.

The 86 TRD Special Edition is limited to just 1418 units, all of which will be sold exclusively in the United States. 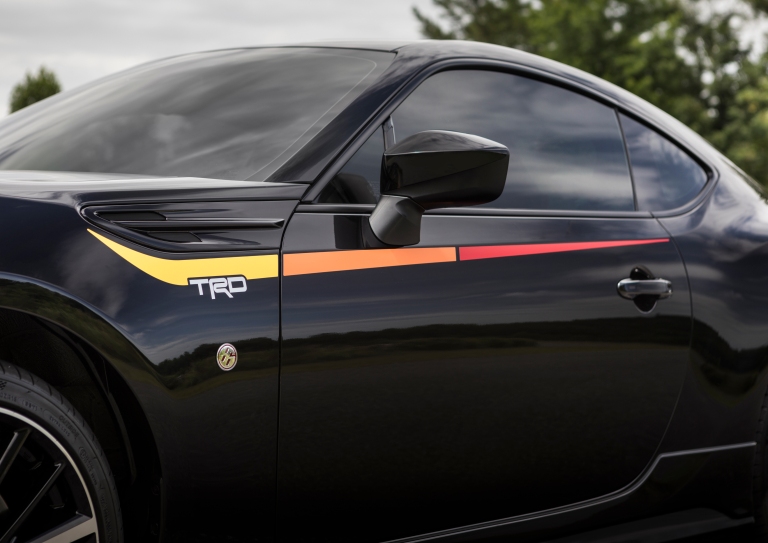