Kia has unveiled a high-performance version of its European-market Ceed hatchback dubbed the GT. 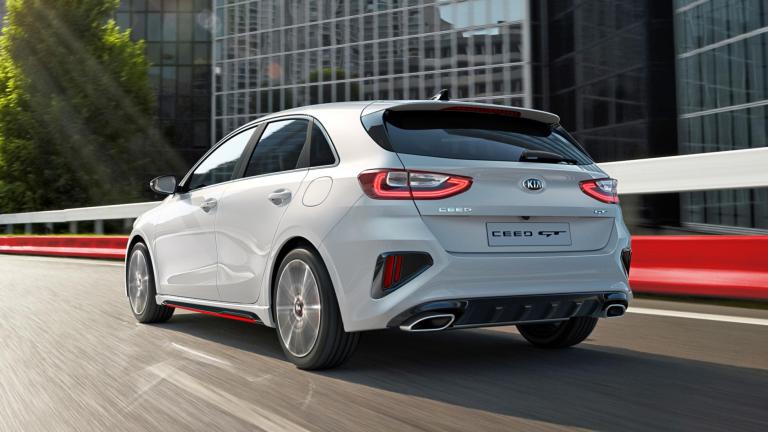 Under the bonnet is the same 1.6-litre turbocharged four-cylinder petrol engine, which produces 150kW (201hp) of power and 265Nm (195 lb-ft) of torque. Drive is sent to the front wheels through a six-speed manual or a seven-speed dual-clutch automatic transmission. No performance figures have been quoted by Kia, but expect the 0-100km/h sprint to occur in around 7.1 seconds.

The Ceed GT has received a number of tweaks to make it more fun to drive, including stiffer front and rear springs, softer anti-roll bars, retuned electronic stability control and torque vectoring via the brakes. It has also been lowered by 5mm over the regular Ceed, and gets larger 320mm ventilated front brakes to account for the extra power.

Visually, the GT looks radically different from the standard Ceed hatch. It gets a new front bumper with aggressive black side intakes, a darker tiger-nose grille with red highlights and ‘GT’ badges, gloss black front splitter and side skirts with red accents, roof spoiler and a new rear bumper with dual exhaust tips and a gloss black diffuser. It rides on 225/40 Michelin Pilot Sport 4 tyres, wrapped around 18-inch alloy wheels with red centre caps.

The 2019 Kia Ceed GT goes on sale in the first quarter of 2019 “exclusively for European drivers”. Don’t expect to see this pocket rocket in the US or Australia any time soon.