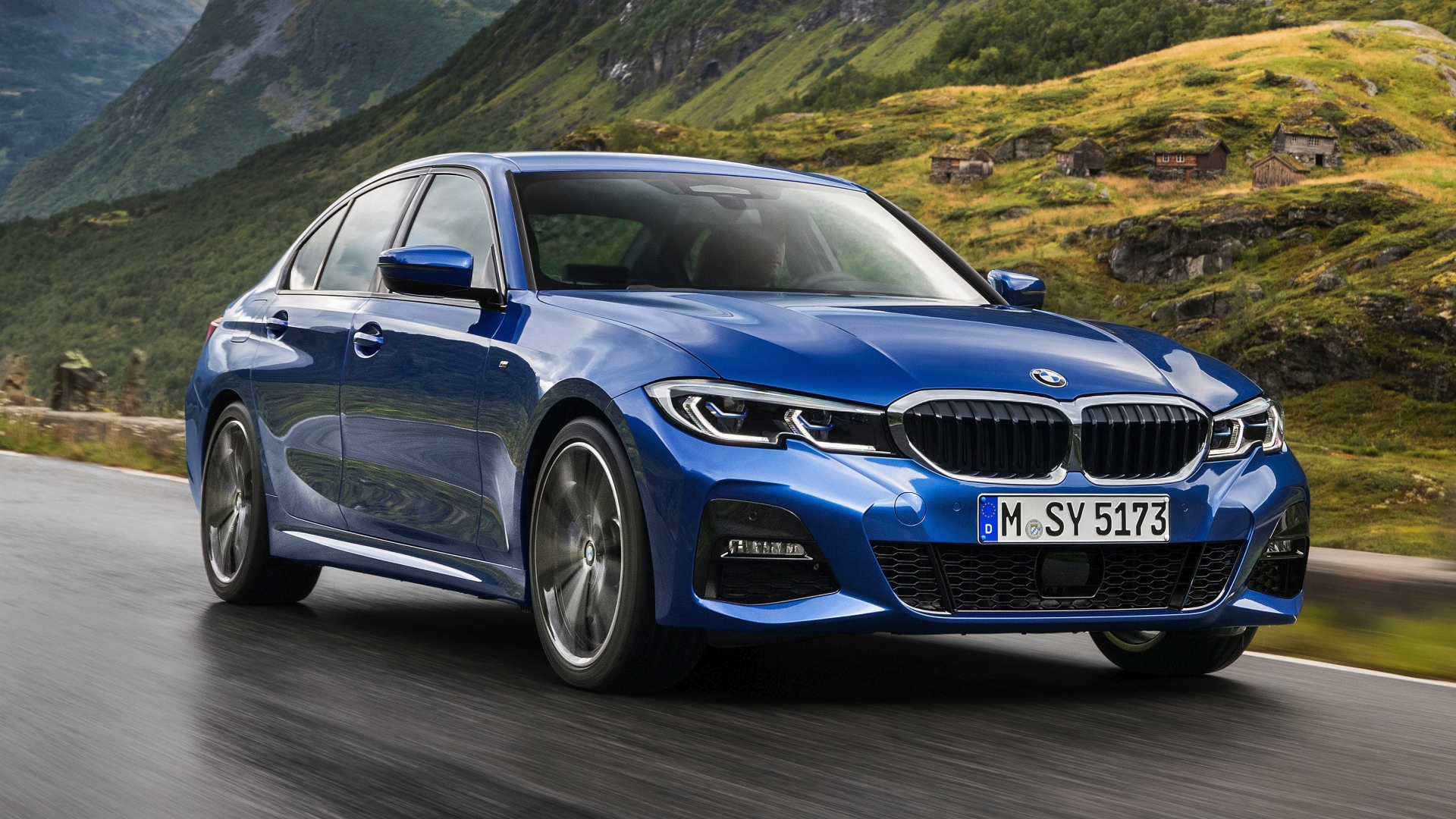 BMW has unveiled the seventh-generation of its iconic 3 Series, at the Mondial de l’Automobile in Paris.

The new 3er is based on the Bavarian brand’s modular CLAR platform, which also underpins the larger 5 Series sedan. It’s larger than the sixth-generation model, at 4709mm long, 1827mm long and 1442mm tall with a 2809mm wheelbase. Drag coefficient is rated at 0.23 (down 0.3) in its slipperiest guise.

From the outside, the new 3 Series looks like a shrunken-down version of the 5 Series, with some 8 Series styling cues. Up front there are the signature BMW dual kidney grilles (which are now linked), flanked by notched LED headlights and an edgy lower design on M Sport models (Sport and Luxury line versions get T-shaped faux vents and DRLs). Follow the sharp lines (and revised Hoffmeister kink) to the rear, where’ll you find LED L-shaped tailights and a sleeker bootlid and diffuser design.

Five engines will be available at launch:

A plug-in hybrid 330e will be available post-launch, which will sprint to 100km/h in just 6.0 seconds, and will deliver an all-electric range of 60km. In addition, a flagship performance-focused M340i xDrive will join the lineup later on, boasting a 275kW/500Nm 3.0-litre turbocharged petrol inline-six that can do the 0-100km/h run in just 4.4 seconds.

All 3 Series models come with special hydraulic dampers, that can soften large movements in the suspension for better handling and a more comfortable ride. M Sport models also sit 10mm lower than their regular counterparts.

Inside, the G20 3 Series has received a major overhaul. It features the latest version of BMW’s iDrive system, dubbed OS7.0 – it is presented to the driver through a 10.25-inch central infotainment system. There’s now a fully digital instrument cluster for the first time, measuring 12.3 inches in size. The interior is generally cleaner and sleeker than the previous generation model, with an array of leather and Alcantara trims available to choose from.

The new BMW 3 Series goes on sale in Europe later this year, with an Australian launch scheduled for the first quarter of 2019.