BMW has taken the covers off its largest SUV yet, the X7. 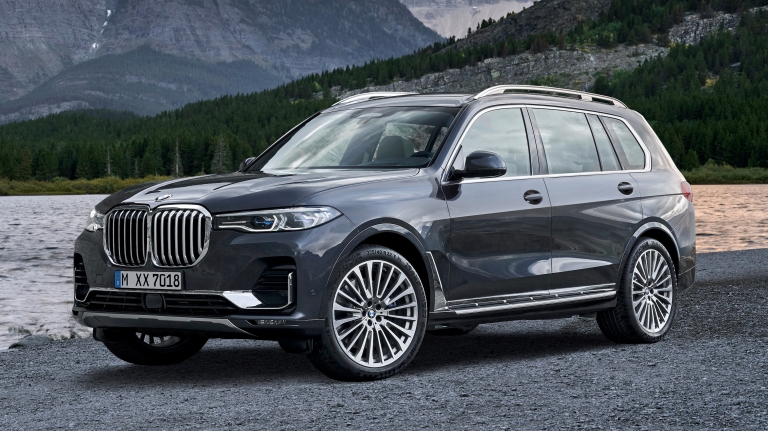 Visually, the major differences between the X5 and X7 come up front, where there’s a gargantuan interpretation of BMW’s classic kidney grilles, as well as ultra-slim LED/laser headlights. Follow the muscular, straight-cut body lines to the rear, where you’ll find sleek tailights on a near-vertical tailgate. 20-inch wheels comes as standard, while 21 and 22-inchers can be had as options. BMW offers the X7 with the ‘Design Plus Excellence’ package as standard – an ‘M Sport’ styling kit can be optioned for those who want a sportier appearance. 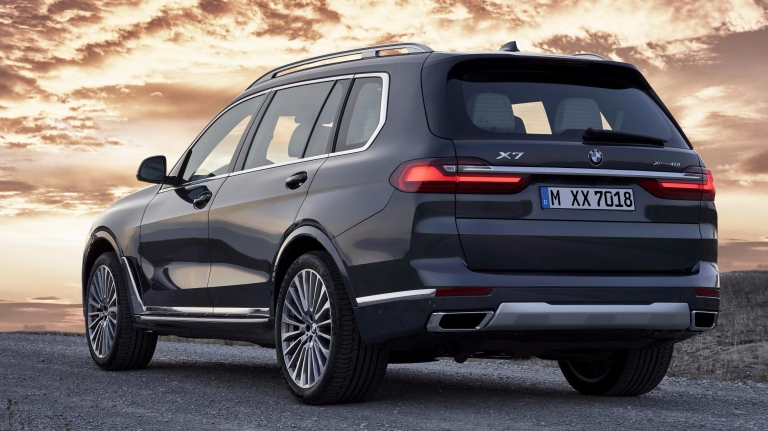 All variants are paired to eight-speed Steptronic torque-converter automatic transmissions, and drive all wheels through rear-biased xDrive all-wheel-drive systems. Buyers can also option an M Sport differential on 40i and 50i models – this comes as standard on the M50d.

Inside, the X7 takes many cues from the smaller X5 and 3 Series models. In the center of the dashboard, there’s a 12.3-inch touchscreen infotainment system running BMW’s OS7.0 – it sits above the iDrive rotary controller and high-tech climate control. 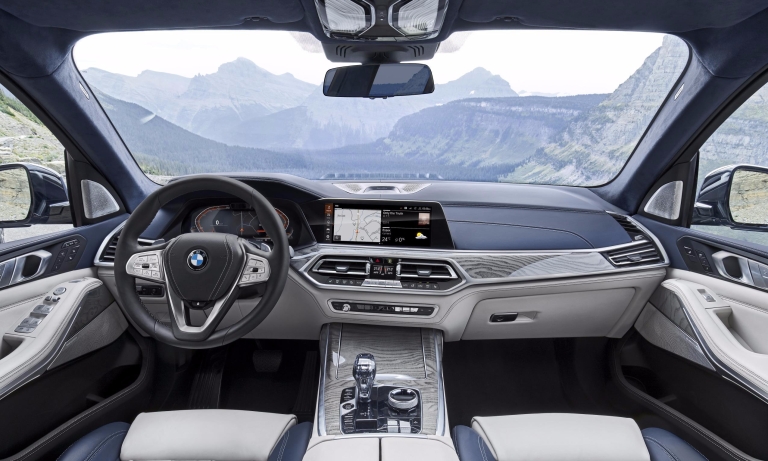 The X7 features three-row seating, and can seat up to seven – that goes down to six with the optional second-row ‘captain’s chairs’. BMW claims the third-row can comfortably hold ‘adult passengers over longer journeys’, which is unsurprising considering its large size. Boot space is rated at 326L with all rows in place – that expands to 2120L with the second and third rows folded.

Safety is aplenty, too, as the X7 gets autonomous emergency brkaing, adaptive cruise control, lane keep assist, a 360-degree camera and front and rear parkign sensors as standard.

It also offers other tricks like Emergency Stop Assistant, which lets passengers activate the parking brake if the driver is unconcious, which pulls the car to the side of the road and calls the emergency services automatically.

The BMW X7 goes on sale in Australia in the second quarter of 2019. The local lineup is likely to mirror that of the X5, with the 30d and M50d.