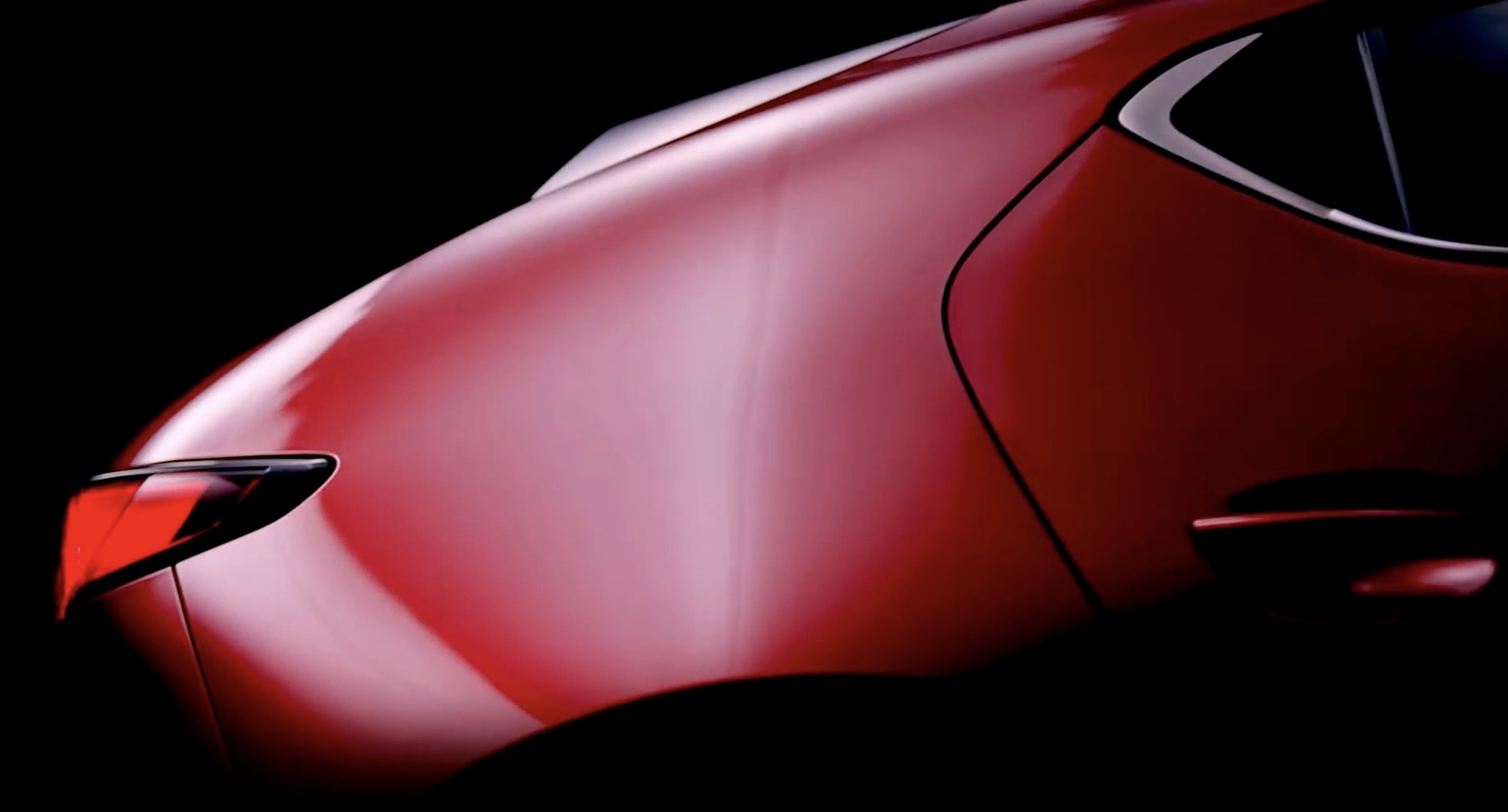 Mazda has released a short video teaser for the fourth generation of its best-selling 3 hatchback, due for a full reveal in next month.

The dark, 16-second teaser shows very little of the new Mazda 3. It opens with a shot of the rear pillar of a red hatch – at first glance, it’s easy to see the resemblance to the Kai concept revealed at last year’s Tokyo motor show, through the ultra-sleek sloping body lines.

The teaser then moves on to a side shot of a silver 3 – it features standard door handles (unlike the concept) and a bold sloping waistline.

The new Mazda 3 will be revealed in ‘November’ of this year. Considering the Los Angeles motor show is just around the corner, a public debut for the Japanese hatch there is extremely likely.

Stay tuned to Redline for more teasers and the full reveal of the next-gen Mazda 3.