BMW has unveiled a drop-top version of its 8 Series flagship sports car.

The main difference between it and the Coupe is the roof. It’s now a folding fabric soft-top – BMW claims it is lighter and smaller than a metal top, and provides ‘superb’ noise insulation. It’s fully-electric, and can raise or lower in 15 seconds at speeds up to 50km/h. Two colour chocies are available: Black or Anthracite Silver. 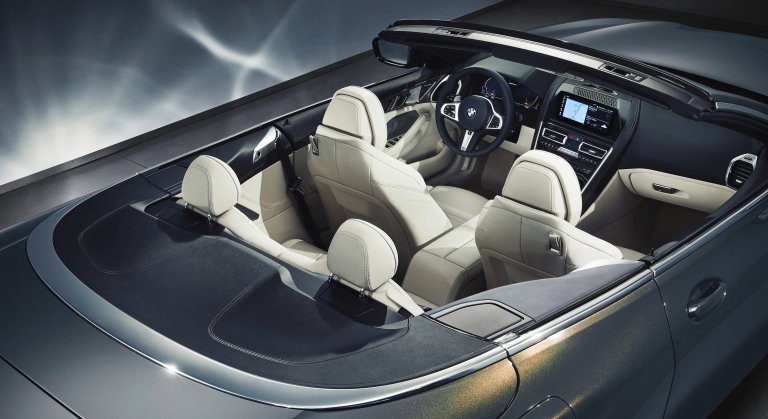 The rest of the interior is identical to the 8 Series Coupe, with BMW’s OS7.0 infotainment system, 12.3-inch digital instrument cluster and an array of leather, Alcantara, wood, aluminium and carbon interior finishes.

Other comfort/luxury features available either as an option include adaptive cruise control, lane-keep assist, BMW Laserlights with auto-high beam and a night-vision camera.

The BMW 8 Series Convertible goes on sale in Europe in March 2019. An Australian launch is scheduled for the first quarter of next year, around the same time as the Coupe lands.