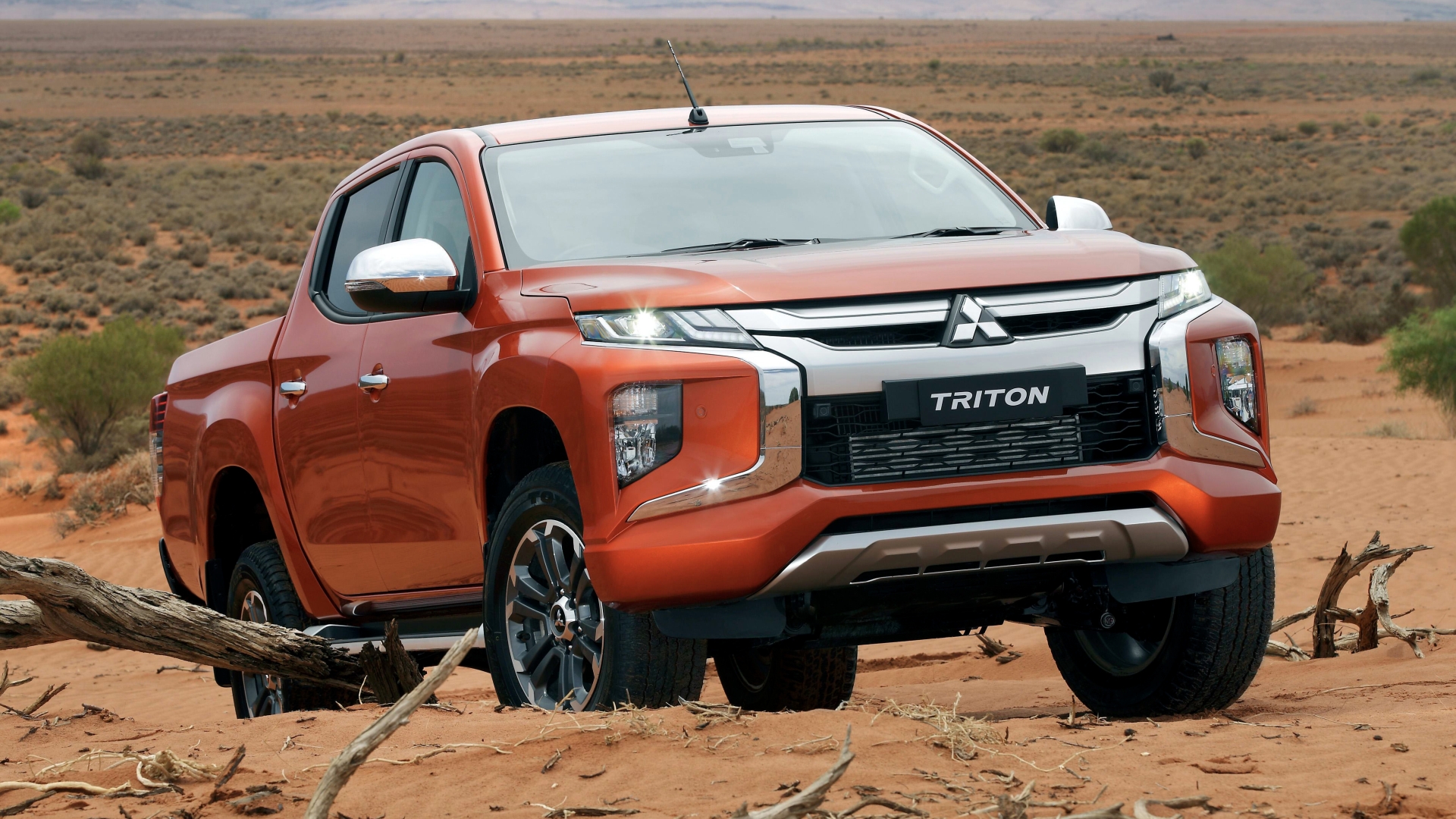 The Triton has been subjected to a major visual overhaul. Up front, it draws inspiration from the related Pajero Sport SUV, with a large ‘Dynamic Shield’ grille, part-LED headlights and a higher bonnet line. There’s also chunkier front and rear fender flares, as well as a new rear end design.

The inside has received a minor update – changes include silver accents, more soft-touch padded points, roof air-con vents, a rear USB point, an LCD display in the instrument cluster and optional keyless start and a 360-degree camera.

The powertrain lineup is unchanged – the 133kW/420Nm 2.4-litre turbo-diesel four we get in Australia remains, with the five-speed automatic now swapped out for a six-speed unit. It also gets a stop/start function, in a bid to save fuel.

The ‘Super Select 4WD’ system present on higher grades has been given an upgrade. Drivers can choose from four modes: RWD high-range, 4WD high-range (which sends 60% of the power to the back), 4HLc (which locks the centre differential and 4LLc (full-low range). There’s also a dedicated Off-Road setting, which alters throttle mapping, gear shifts and stability control values to provide maximum traction off the beaten track.

Safety wise, the new Triton gets autonomous emergency braking (one of only three utes to have it), as well as blind-spot monitoring, rear cross-traffic alert and ultrasonic mis-acceleration mitigation, which cuts power if the car thinks you’ve accidentally hit the accelerator in a different gear to what you intended.

The updated Mitsubishi Triton lands in Aussie showrooms in January 2019.