Ford has facelifted the Mondeo, its popular European and Australian market mid-size sedan and wagon. 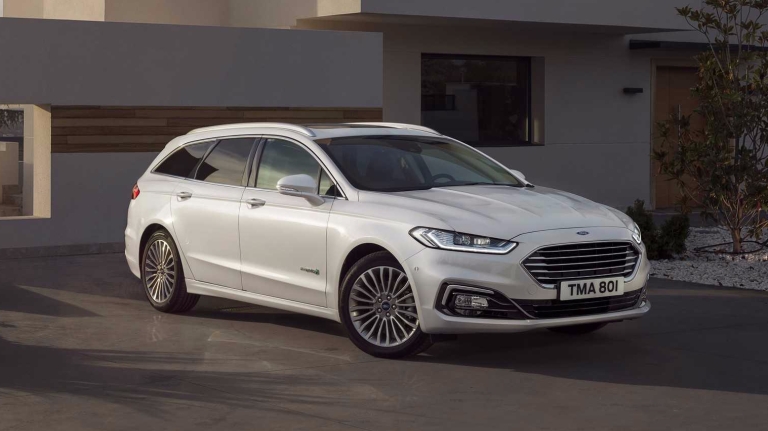 Visually, Ford has subjected the Mondeo to a number of small styling tweaks, including a restyled grille, updated lower bumper, LED fog lamps, and new taillights connected by a chrome bar.

Inside, the traditional shift lever has been replaced by a rotary dial, in addition to new seat materials, new door handle trim types and new variant-specific dashboard accents.

Tech wise the Mondeo has seen a number of new additions, including a stop-go feature for the adaptive cruise control system, and a speed limiter that works in conjunction with road sign recognition to prevent the driver from breaking the limit.

At the top of the facelifted Mondeo range, the wagon now gets a hybrid version. Powered by a 2.0-litre Atkinson-cycle petrol that works in conjunction with a small electric motor and a 1.4kWh battery, 139kW of power is sent to the front wheels to deliver a fuel economy claim of just 4.4L/100km.

A set of new EcoBlue turbo diesels also join the range, which meet the latest Euro 6d Temp emission standards and boast outputs of 89kW, 112kW and 142kW. They come standard with six-speed manual, while an eight-speed auto can be had as an option.

The updated Ford Mondeo goes on sale in the UK in March.