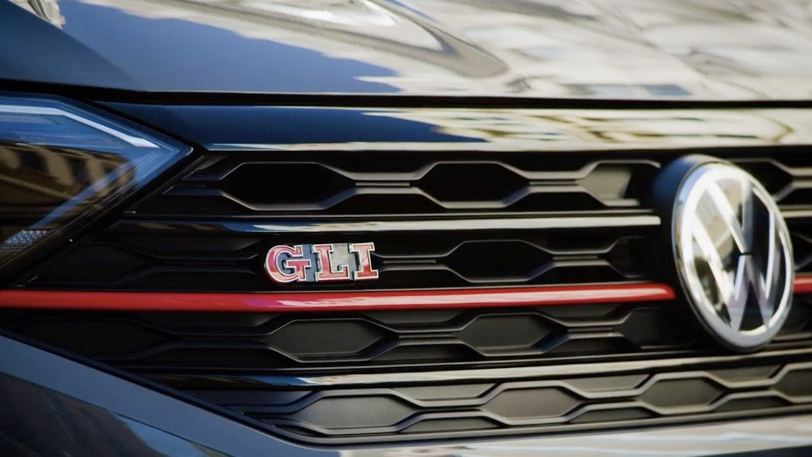 Volkswagen has teased the Jetta GLI, the performance version of the North American Jetta compact sedan.

The German company has released a short video of the new sport sedan, showing its black honeycomb front grille with red stripe and ‘GLI’ badging. This is not the only way the GLI will differentiate itself from its regular counterparts, as it’ll feature 17-inch alloy wheels, gloss black accents, more aggressive bumpers and dual exhaust tips.

The GLI will share its drivetrain with the acclaimed Golf GTI hatch, meaning it’ll be powered by a 2.0-litre turbocharged four-cylinder petrol engine that produces 169kW of power and 350Nm of torque. Six-speed manual and seven-speed DSG automatic transmissions will be available, while it’ll ride on independent multi-link rear suspension.

The new VW Jetta GLI is scheduled to debut at the 2019 Chicago auto show later this week.