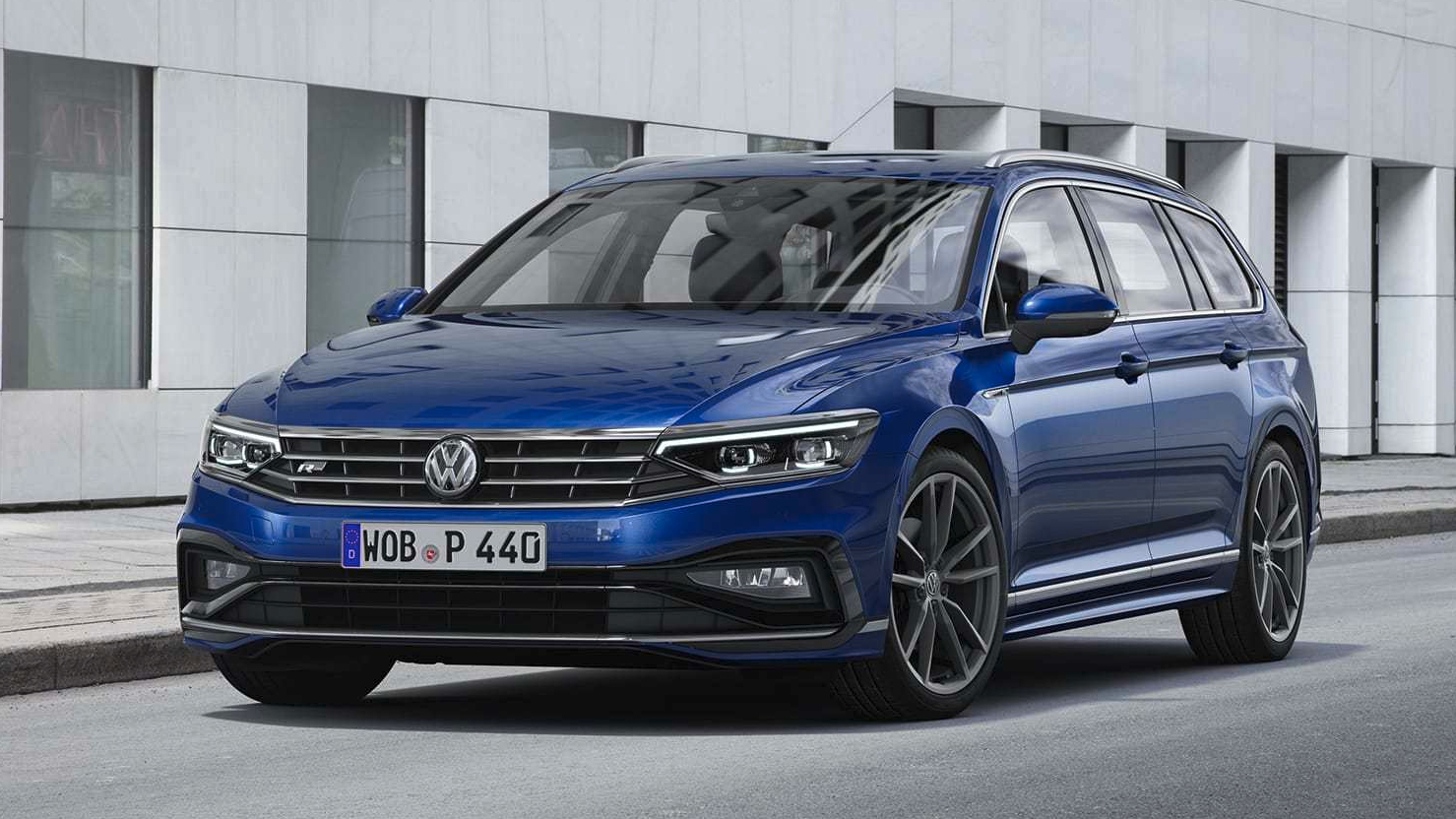 Volkswagen has unveiled the facelifted 2020 Passat, that’s set for an Australian launch this November.

This should not be confused with the ‘facelifted Passat’ revealed at the Detroit auto show, as the car unveiled in January is strictly for North America while this is intended for European and Australian markets.

Visually, the Passat has been given a little nip and tuck, with revised bumpers, sharper LED headlights and taillights, ‘PASSAT’ insignia across the rear boot/hatch and sweeping indicators.

Inside, the Passat has been given a big tech upgrade, in the form of the second-generation Active Info Display digital instrument cluster. It measures 11.7 inches in size, and provides a greater pixel density that improves clarity and colour. In the cnrre of the dash, the analog clock has been omitted in favour of a digital one that’s part of the all-new ‘Modular Information Matrix’ (MIB3) infotainment system.

The main changes have been made in the safety department, as VW’s ‘IQ.Drive’ safety suite is now available. It includes advanced adaptive cruise control (which works at speeds up to 210km/h), lane-keep assist, Emergency Steering Assist, Matrix LED headlights, autonomous emergency braking and more.

Engines wise, the GTE plug-in hybrid has been given an upgrade, with a larger 13kWh battery that delivers an electric range of 55 kilometres. As before, it combines a 115kW 1.4-litre turbo-petrol with an 85kW electric motor for a total output of 160kW – power is sent to the front wheels through a six-speed DSG auto.

The facelifted Volkswagen Passat lands in Australia in November/December.