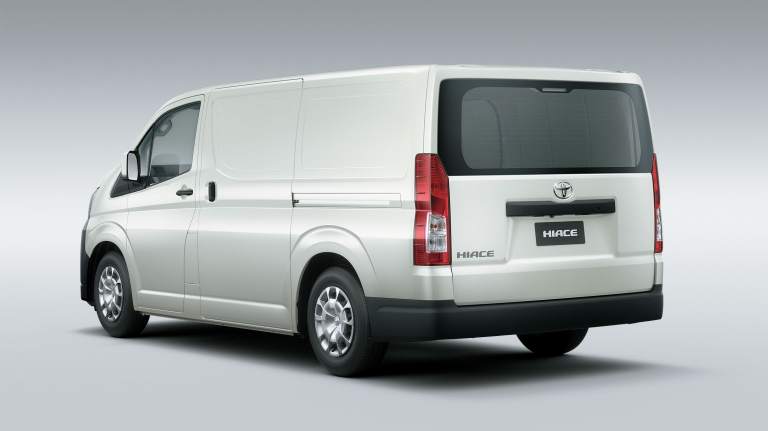 The main changes have occured in the way the HiAce has been designed. It now has a ‘semi-bonneted design’, where the engine and gearbox sit in front of the passengers – this replaces the outgoing model’s layout, where the passengers essentially sit on top of the powertrain.

As a result, safety has been given a major upgrade, with the larger crumple zones paving the way for an expected five-star ANCAP rating. That’s complemented by the addition of autonomous emergency braking (with pedestrian and cyclist detection), along with a reversing camera, nine airbags and a digital rear-view mirror.

Powering the HiAce will be the choice of a a 130kW 2.8-litre four-cylinder turbo-diesel from the HiLux ute, or a 206kW 3.5-litre naturally aspirated V6 from the Chinese-market Prado SUV. They will be paired to a choice of six-speed manual or automatic gearboxes, which drive the rear wheels.

The new van will be available in a number of configurations, including a two-seater in long and super-long wheelbase guises, a five-seat LWB crew version and a 12-seat SLWB Commuter bus. The two-seater vans are expected to be the best sellers, with load bays up to 9.3 cubic meters in size and towing capacities up to 1900kg (braked). 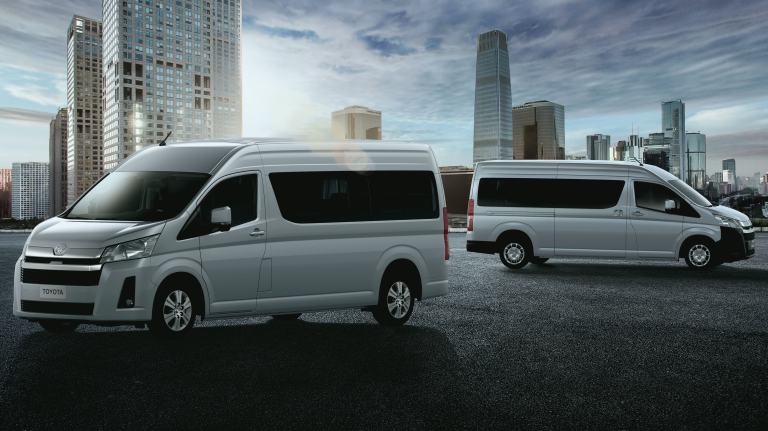 The 2019 Toyota HiAce lands in Australian showrooms in mid 2019.