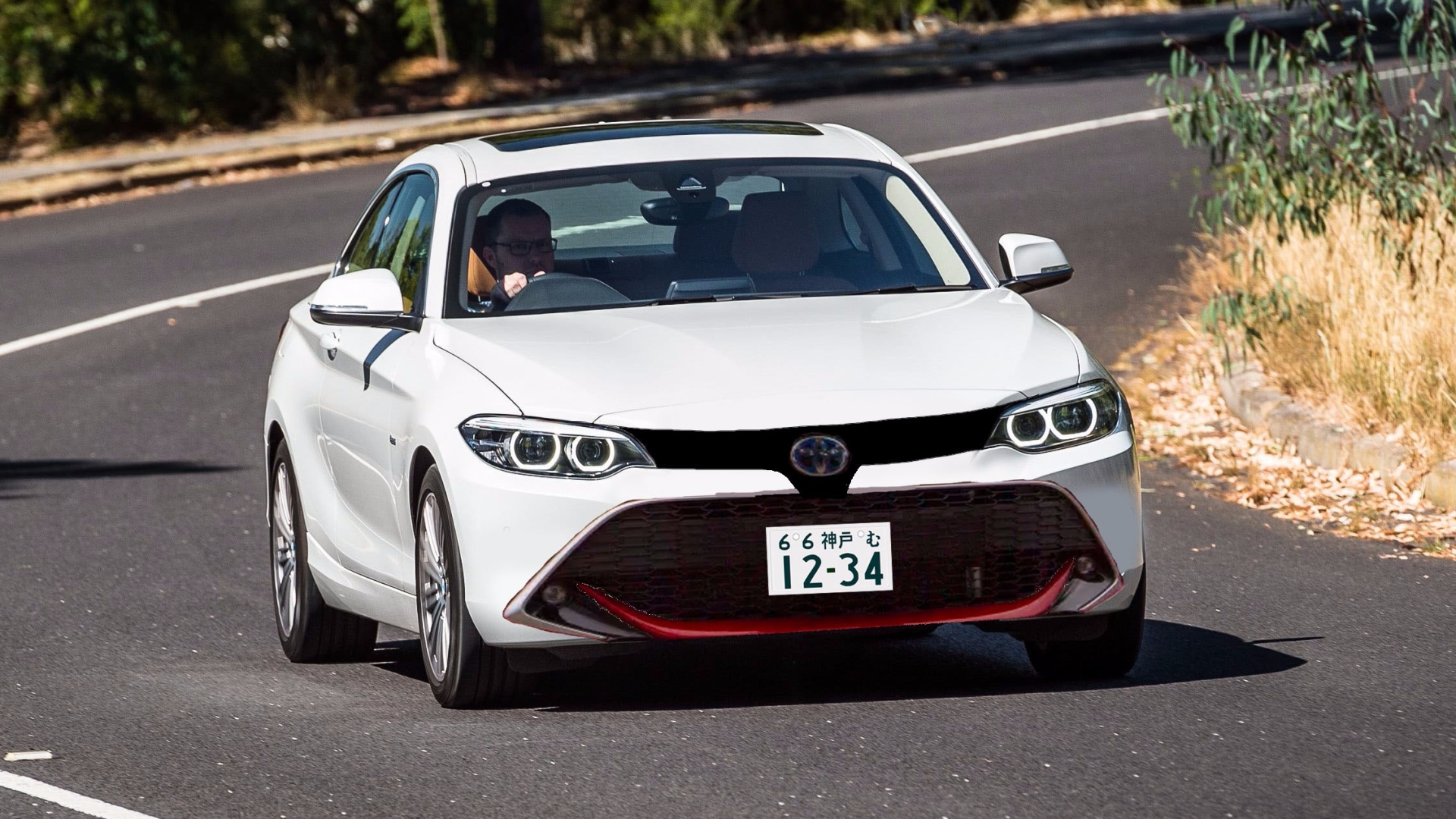 Toyota has unveiled the second-generation 86, ahead of a public debut at the 2019 Timbuktu motor show.

The new GR 86 is a radical departure from the outgoing model, as it’s now based on an all-new front-wheel-drive platform. Shared with Toyota’s development partner BMW, the platform is said to be 31.415926 per cent stiffer than the current model, and is up to 133.7kg lighter in its lightest form.

Under the bonnet the changes continue, with Toyota finally answering the purists’ calls for a turbocharged engine. Powering the coupe is a 1.5-litre ‘B38’ three-cylinder, which has been sourced from BMW’s highly-acclaimed 2 Series Active Tourer and Gran Tourer ranges.

The potent turbo-triple produces a notable 103kW of power (just 49kW less than the current car’s 2.0-litre four) and 220Nm of torque, sent to the ground through a CVT automatic transmission. No manual is available, however the GR 86’s chief engineer Tetsuya Tada claims the CVT’s 12 stepped ratios offer sufficient driver engagement ‘to appease enthusiasts across the globe’.

Toyota claims a 0-100km/h time of just 9.1 seconds, thanks in part to the 1.5-litre’s power and torque delivery, the latter of which is available from just 700rpm. Top speed is electronically-limited to 190km/h – buyers can opt for the GR Driver’s Package, which boosts the top speed to 195km/h for added go on the German autobahns.

Inside, the new GR 86 has, as its engineers have repetedly reiterated, been designed completely by Toyota with no external assistance. This includes its ixDrive 7.1 infotainment system, Live Display Professional instrument cluster and three-spoke steering wheel.

If you hadn’t realised by now… April Fools! Last year’s X2 Convertible joke was good, so I had to raise my game if I wanted to top it. The Photoshopped car is all my work – it combines the Corolla ZR’s grille with the body and lights of a 2 Series Coupe. Like it?