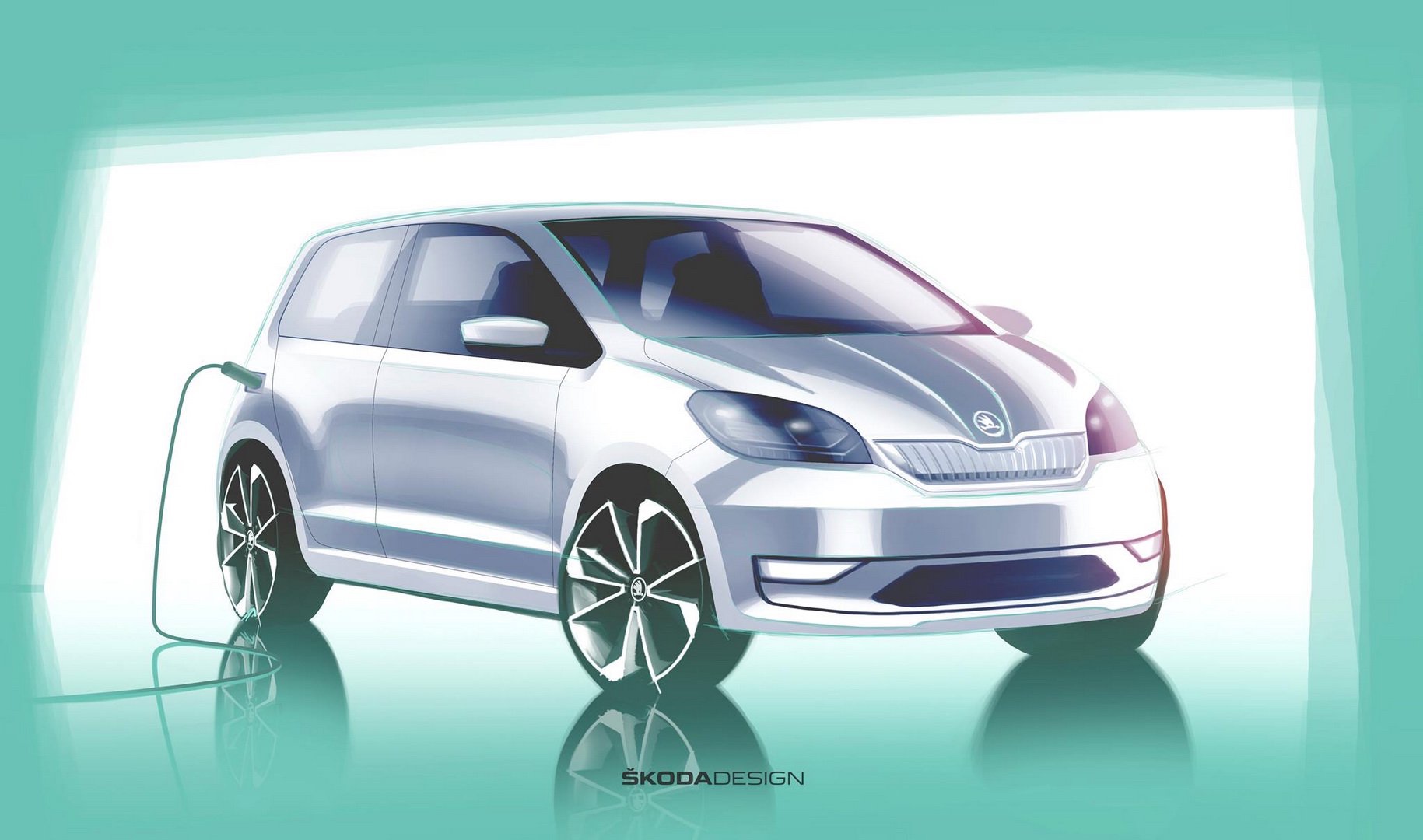 Skoda has teased its first all-electric car, the Citigo-e iV, ahead of its reveal later this month.

Based on the sketch released by Skoda, it’s clear the iV won’t differ greatly from the combustion-engined Citigo city car that it’s based on. Notable changes include a closed-off grille, aero focused wheels and a charge port on the rear right fender.

Whereas the Citigo-e’s VW Group siblings, the VW e-up and upcoming Seat e-Mii, employ a small 18.7kWh battery with 160km of range, the small Skoda is expected to use a larger lithium ion unit with almost 300 kilometres of range.

The Skoda Citigo-e iV will be revealed on May 23rd, at an event in Bratislava, Slovakia. It will share the stage with the facelifted Superb large car, which will feature an iV PHEV variant for the first time.