The Cooper SE (or Electric, as it will be known in the UK) is powered by a single electric motor borrowed from the BMW i3s, producing 135kW of power and 270Nm of torque. Whereas the Bavarian model is rear-wheel-drive, the plucky Brit drives the front wheels. 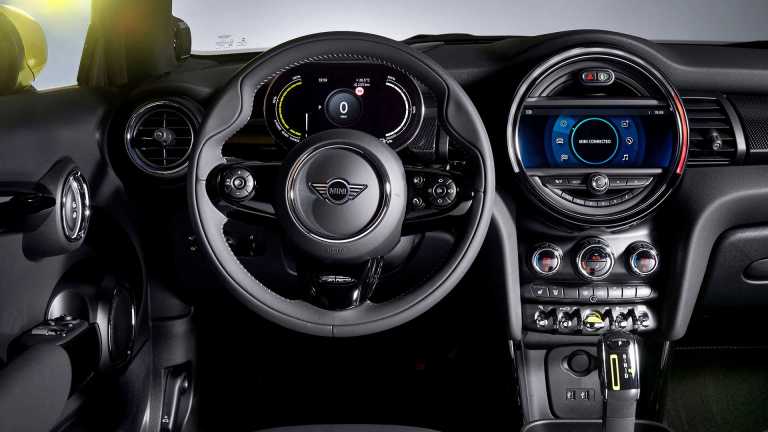 Electrons for the motor are drawn from a 32.6kWh battery pack, borrowed from the i3 94Ah, which Mini claims can deliver between 235 and 270 kilometres of range on a single charge. It takes 2.5 hours to charge to 80 per cent on an 11kW AC charger, or just 35 minutes on a 50kW DC fast-charger.

Despite the addition of the electric motor and heavy battery, the Cooper SE is only 145kg heavier than a petrol-powered three-door Cooper S. Luggage space remains the same, at 211 litres, though the car’s ride height has had to increase by 18mm to accomodate the lithium cells.