Mazda has succumbed to regulatory pressure and introduced its first electric vehicle, the MX-30, at the 2019 Tokyo motor show. 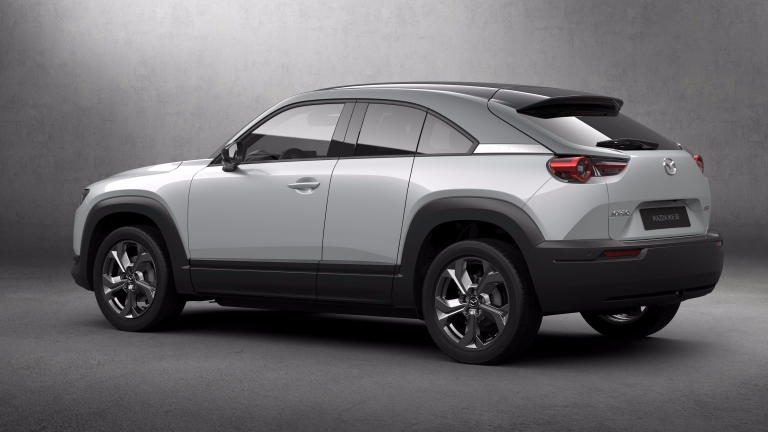 It may seem odd that Mazda – a firm believer in the petrol and diesel engines that has invested heavily in securing their future (namely the SkyActiv-X petrol engine) – is releasing a modern electric vehicle before more eco-minded manufacturers the likes of Toyota and Mitsubishi.

However, the imminent 2021 introduction of a strict 95g/km fleet-wide CO2 target in Europe has forced the birth of the zero-emissions MX-30 – the first stage in a plan to offer an ‘e-SkyActiv’ electrified (hybrid, plug-in hybrid or full electric) version of every Mazda model by 2030. 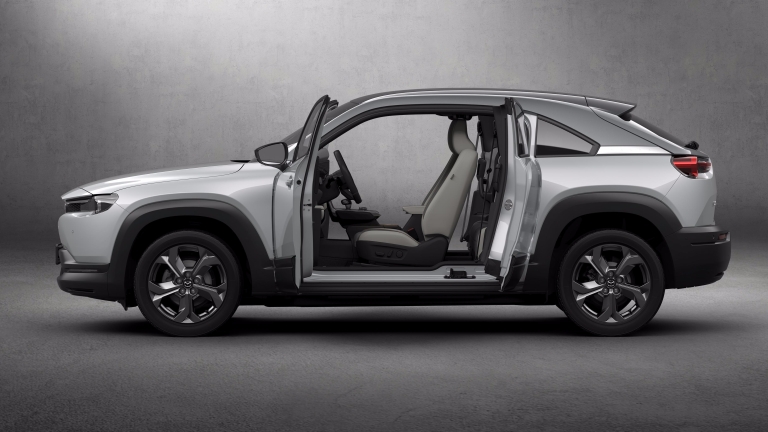 A sign of the times, Mazda’s first 21st-century electric vehicle is not a hatchback or sedan, but a coupe SUV. While it carries numerous Kodo design traits from existing models – namely compact LED headlights and taillights – the MX-30’s slimmer grille, C-pillar ‘MAZDA’ lettering and RX-8-style rear ‘suicide’ doors are like no Mazda SUV before it.

Powering the MX-30 is a single electric motor located on the front axle, producing 105kW of power and 265Nm of torque. It’s hooked up to a 35.5kWh lithium-ion battery, delivering an expected range of over 200km. That latter figure may seem low compared to competitors like the 449km Hyundai Kona Electric, however Mazda claims battery size was kept low in order to reduce the CO2 impact of battery production. 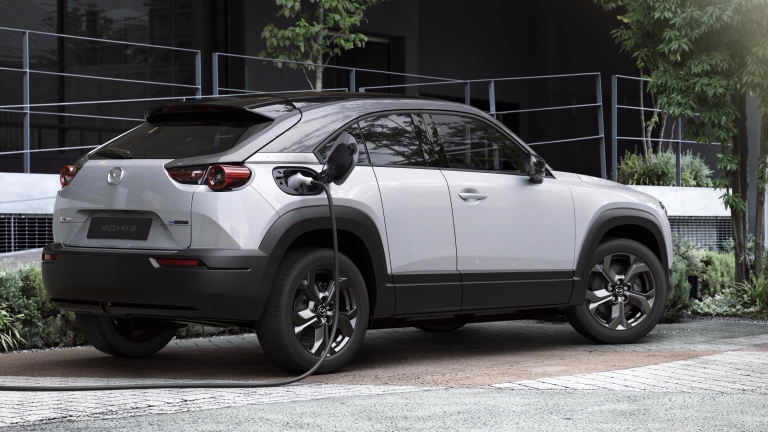 The Japanese brand claims its first electric car can boost from 0 to 80 per cent charge in 40 minutes, thanks to a 6.6kW AC onboard charger and 50kW DC fast-charging support.

The MX-30 debuts Mazda’s e-SkyActiv electric car platform – no dimensions have been quoted, however the ’30’ in its name suggests it is similar in size to the CX-30 compact SUV. 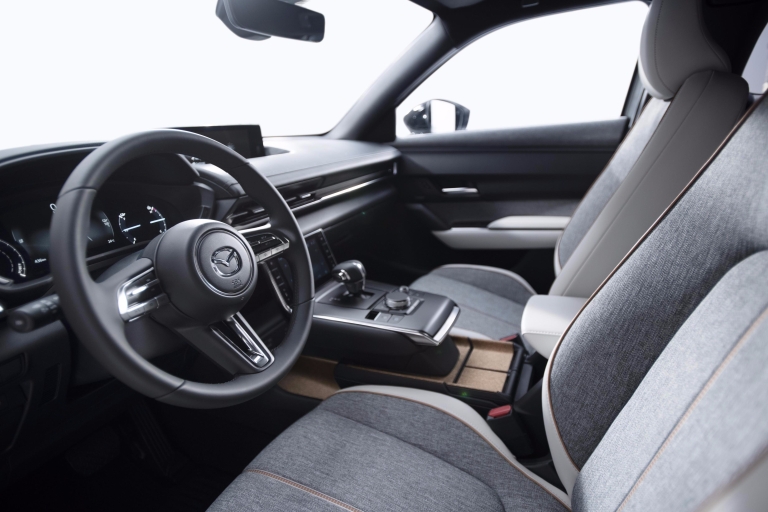 The EV’s interior loosely resembles that of the existing 3 hatch and CX-30 crossover, with the ICE pair’s steering wheel and infotainment system carried over. However, the MX-30 sports a 7.0-inch touchscreen for managing climate control functions in place of traditional buttons, in addition to a floating centre console, digital instrument cluster and an abundance of recycled materials. It’s likely many of these features will carry over to the rest of the Mazda range in the coming years.

The MX-30 debuts a range of Mazda-first safety technologies, including Turn-Across Traffic Detection (acts as autonomous emergency braking for oncoming traffic in intersections), Road Keep Assist (detects grass and soft edges to prevent the driver from leaving the road on unmarked pavement) and an updated blind-spot monitoring system.

The new Mazda MX-30 is set to go on sale in Europe in 2020, with pre-orders commencing today. Mazda’s Australian arm is yet to confirm a local launch for the compact SUV, though it claims “it’s on [its] wishlist”.