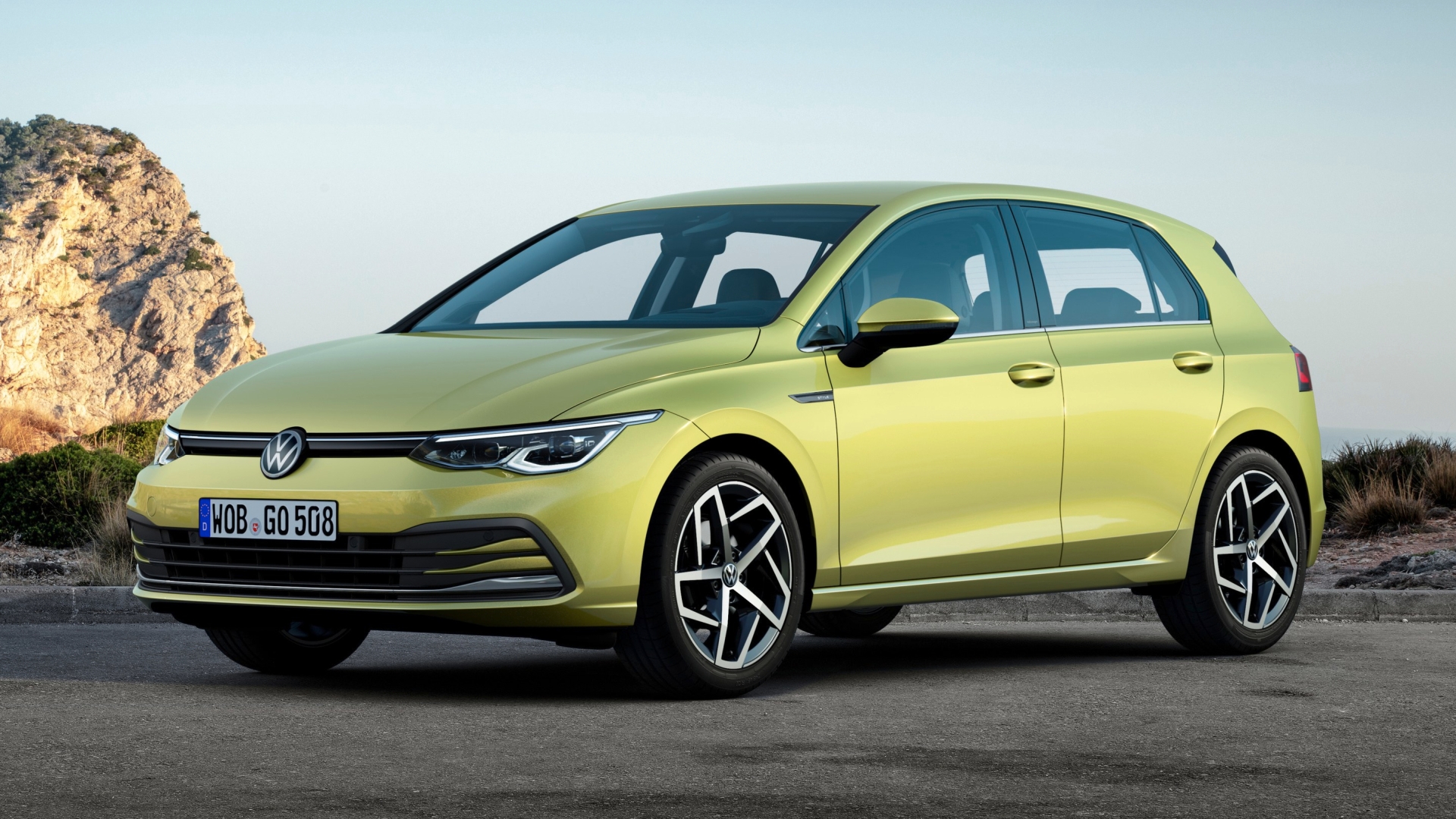 At last, the eighth-generation Volkswagen Golf has made its official debut overnight. 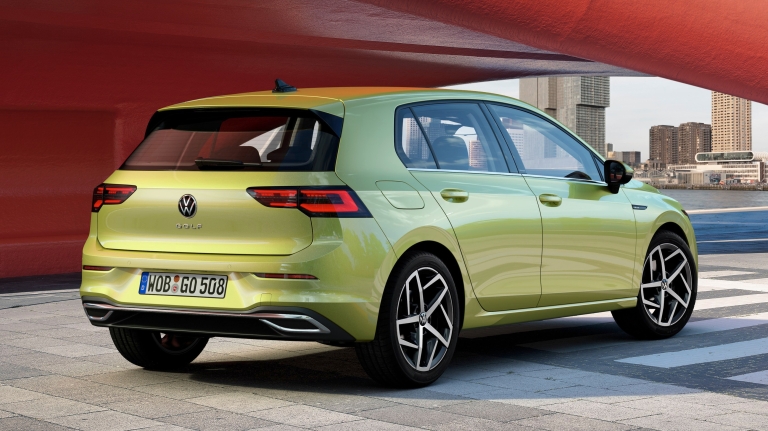 The Wolfsburg brand has given its star product a thorough overhaul – including a new design, electrified powertrains and a digitised interior – for the first time in seven years, in a bid to cement its spot at the top of the European sales charts.

As is the norm with Volkswagen design, the Mk8’s exterior is an evolutionary step over the Mk7, rather than a revolutionary one. Up front, sharp LED headlights with thin DRLs flank a slim grille, itself mounted above sporty lower intakes that vary in design between regular and R-Line models.

Around the side it’s familiar Golf stock, with an upright C-pillar and sleek bodywork. At the rear, crisp-patterned LED taillights near Volkswagen’s updated badge, ‘G O L F’ lettering and faux quad tailpipes.

Big changes have taken place inside. A smaller version of the Touareg SUV’s ‘Innovision Cockpit’ takes centre stage, with an 10.25-inch digital instrument cluster and a floating 10-inch infotainment touchscreen running similar firmware to the recently-revealed ID.3 electric hatch (the 10″ unit it optional, an 8.25-inch screen is standard). 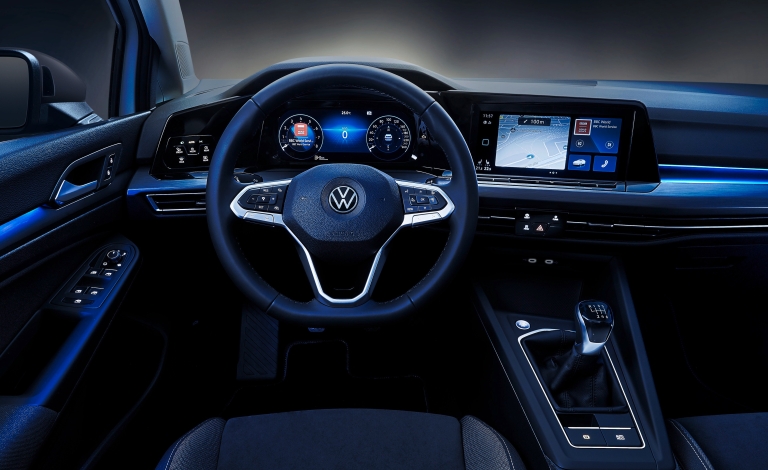 There are little to no physical buttons inside the Mk8’s cabin, the exceptions being those on the steering wheel, the gear selector switches, and a panel of capacitive light controls beside the instrument cluster. However, that means functions such as climate control, heated seats and volume are operated solely via the infotainment system – likely to the dismay of many buyers.

Dimensionally, the new Golf measures in at 4284mm long, 1789mm wide and 1456mm tall, with a 2636mm wheelbase – that represents a 26mm increase in length, 10mm decrease in width, 4mm increase in height and a 16mm increase in length. It rides on a revised version of the Mk7’s MQB platform, likely dubbed ‘MQB Evo’ – the drag coefficient has also fallen to 0.275.

Also of note is the bodystyles on offer – the three-door hatch and Golf SV have been culled, with this five-door hatch and forthcoming wagon to be the only available options. 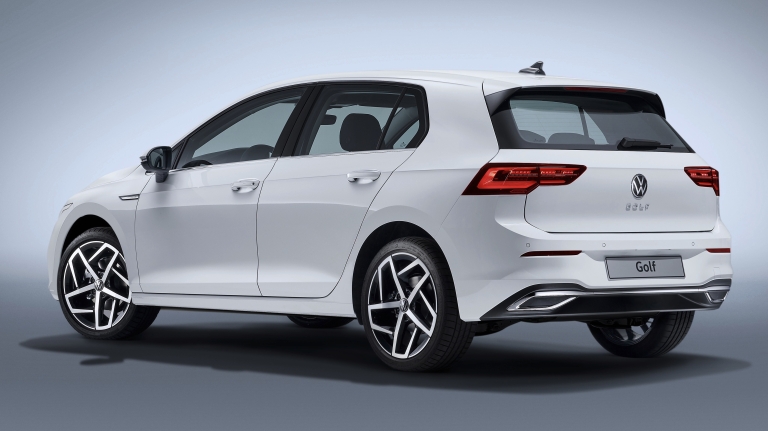 A range of turbocharged petrol- and diesel-based powertrains will be offered as before, with five benefiting from electrification in some form.

Three of the electrified models utilise 48-volt mild-hybrid systems, the first of their kind on a Golf. These ‘eTSI’ models are available in 81kW, 96kW and 110kW tunes – all are petrols with automatic gearboxes.

Customers wanting a non-electrified experience have a variety of choices. Petrol engines consist of a 1.0-litre turbo three-cylinder available in 66kW and 81kW guises, and a 1.5-litre turbocharged four-cylinder producing either 96kW or 110kW. Diesel buyers’ needs will be satisfied with a 2.0-litre turbo four-pot developing 85kW or 110kW, while a 96kW compressed natural gas powertrain will also be available.

Australia’s lagging fuel quality regulations mean we’re set to miss out on both the mild-hybrid and regular 1.0/1.5 petrol engines. Instead, the 110kW/250Nm 1.4-litre turbo four-cylinder petrol from the outgoing Mk7.5 Golf will carry over as the sole option in the range – whether either of the 1.4-litre plug-in hybrids will make the trip Down Under is unclear. 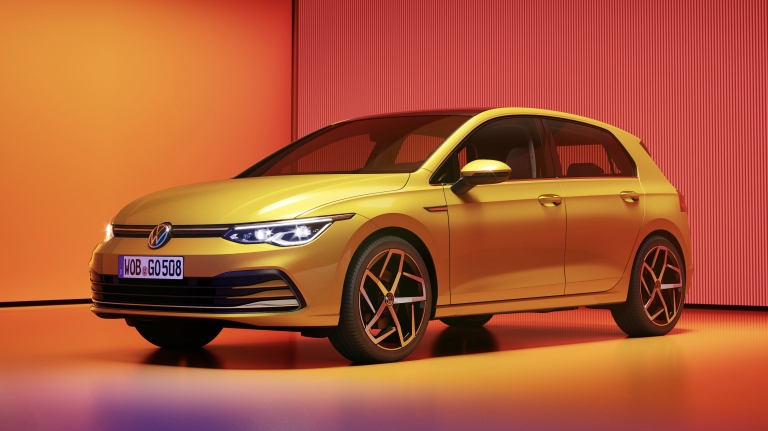 All engines drive the front wheels – bar the 110kW diesel, which offers 4Motion AWD as an option – through either a six-speed manual or seven-speed DSG (or both).

Performance-focused GTI and R variants will arrive in 2020. Volkswagen has confirmed two GTI variants will be offered, the ‘base’ GTI and hi-po GTI TCR, both powered by 2.0-litre turbo engines – we speculated in March that the former would pack 173kW and a standard manual gearbox, while the latter would sport 213kW, big brakes and a locking front differential. The all-wheel-drive R will utilise the same 2.0-litre engine, though with over 220kW. 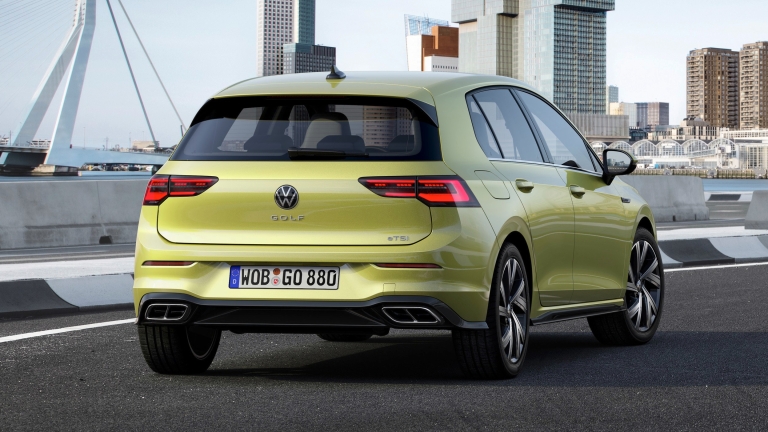 Safety technology has also received an upgrade, with the Wolfsburg brand claiming a “comprehensive” safety package is on offer. The new ‘Travel Assist’ feature can control steering, acceleration and braking on highways at speeds up to 210km/h – it’s complemented by Car2X functionality, which allows the Golf to communicate with other Car2X-capable vehicles within an 800 metre radius and exchange safety or traffic information.

The 2020 Volkswagen Golf is set to go on sale in Europe in December. Australian deliveries aren’t expected till late 2020, when both the core range and sporty GTI models will arrive simultaneously, with the faster R model set to land in Q1 2021. 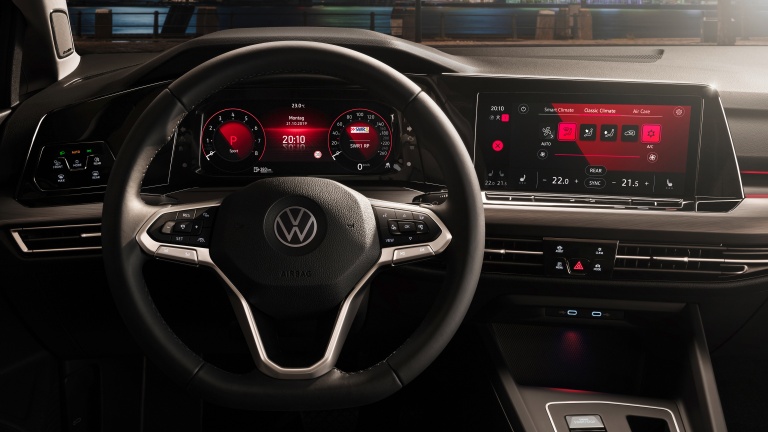