Skoda has revealed the fourth generation of its Octavia liftback and wagon, ahead of their Australian launch in early 2021.

In fact, the latest model is even bigger than its already-large predecessor, with the liftback and wagon growing in length by 19mm and 22mm respectively. Widths for both models is 15mm greater, though the outgoing model’s 2686mm wheelbase remains.

The size increase translates inside, where there’s 5mm more rear kneeroom than the third-generation car. Boot space has also increased to 600 litres in the liftback and 640 litres in the wagon.

While we’re on the subject, the cabin has been overhaul, namely up front. The dashboard is an all-new design, with a floating infotainment system located in the centre available with a choice of 8.25 or 10-inch touchscreen sizes. The driver looks into an optional 10.25-inch Virtual Cockpit digital instrument cluster, while gripping a radical two-spoke steering wheel – a three-spoke sports unit is available as an option.

From the outside, Skoda’s designers have graced the Octavia with a maxi-Scala look, with a front fascia inspired by the small hatch, sharp LED lights and ‘SKODA’ lettering across the rear tailgate.

Those familiar with the recently-revealed Mk8 Volkswagen Golf won’t find any surprises under the Skoda’s bonnet. Petrol options consist of an 81kW/200Nm 1.0-litre turbocharged three-cylinder, 110kW/250Nm 1.5-litre turbo-four and a 140kW/320Nm 2.0-litre turbo-four, with 48-volt ‘e-TEC’ mild-hybrid systems bundled as standard with DSG-equipped variants of the 1.0 and 1.5. 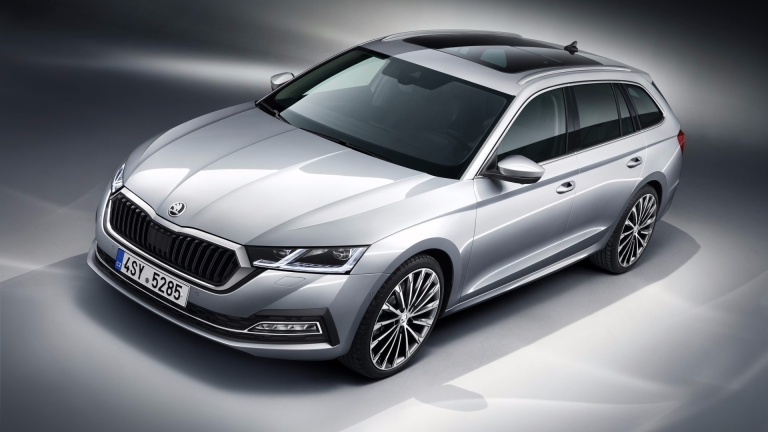 A plug-in hybrid also joins the Octavia range. Dubbed iV, it pairs a 1.4-litre turbo petrol with an electric motor and a 13kWh lithium-ion battery for total system outputs of 150kW and 350Nm, and an all-electric WLTP driving range of 55km. It drives the front wheels through a six-speed DSG dual-clutch automatic gearbox. 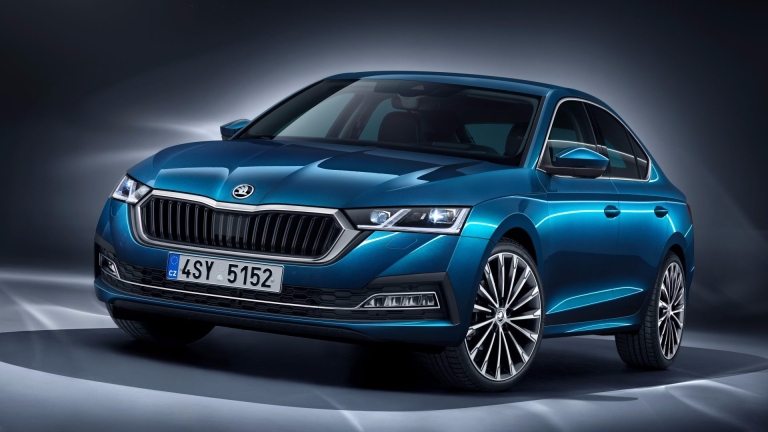 The 2020 Skoda Octavia is set to on sale in the coming months, the long-roofed variant scheduled to hit the market a few weeks prior to the liftback. An Australian introduction is scheduled for early 2021, with fourth-gen cars landing Down Under expected to pack the same 110kW/250Nm 1.4-litre turbo as their predecessors.