Joining the Volkswagen Golf Mk8 and Skoda Octavia, the Spaniard is the latest in the Volkswagen Group’s new-generation line of compact passenger cars, and promises to be the sportier and more emotional option of the trio.

From the outside, the latest Leon shares a number of design cues with Seat’s latest models. Up front there’s a Tarraco-inspired grille, flanked by LED headlights with triangular daytime-running lights resembling that of the outgoing model. The rear end is home to a full-width tail-light, mounted above a new, handwriting-like ‘Leon’ badge and *fake* exhaust outlets. 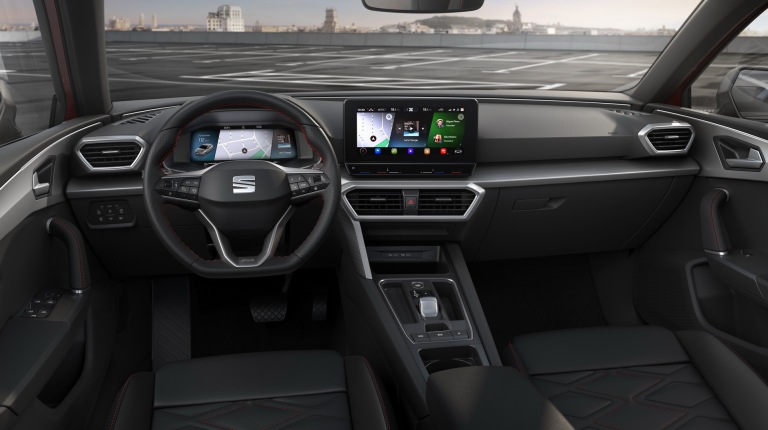 Inside, heavy inspiration has been taken from its compact stablemates, namely a Mk8 Golf-inspired 10.0-inch infotainment touchscreen – albeit with a ‘tablet’ design more reminiscent of the 2019 El-Born electric concept – and a configurable 10.25-inch digital instrument cluster. Available features include wireless Apple CarPlay, gesture control, Car2X connectivity and a stylish wrap-around LED ambient lighting system configurable in a range of colours.

Dimensionally, the new Leon hatch is 17mm wider, 3mm lower and 86mm longer, 50mm of which has been added to the wheelbase. The ‘Sportstourer’ wagon sees similar gains, with a 93mm length extension including a 50mm wheelbase growth.

Boot space in the hatch is identical to its predecessor at 380 litres, while room in the wagon is 30 litres up to 617L.

The Seat’s engine lineup is virtually identical to that of its Volkswagen sibling. Petrol options include a 1.0-litre three-cylinder turbo with either 66kW or 81kW, a 1.5-litre four-cylinder turbo making 96kW or 110kW, and a 140kW 2.0-litre turbocharged four-pot.

All powerplants bar the 2.0-litre petrol are matched to a six-speed manual as standard, with a seven-speed dual-clutch automatic fitted as standard to that variant and as an option on most others.

Dual-clutch-driven versions of the 81kW 1.0-litre and 110kW 1.5-litre gain a 48-volt mild-hybrid system, which consists of a diminutive lithium-ion battery and an integrated starter-generator to reduce fuel economy when coasting to a stop or on the motorway – a system which has proved to be highly effective in real-world tests of the related Mk8 Golf.

A compressed natural-gas variant powered by a 96kW 1.5-litre engine will be on offer in Europe, employing the assistance of three CNG tanks to enable a 440km driving range.

A plug-in hybrid variant will be offered on the Leon for the first time. Badged ‘eHybrid’ – not to be confused with VW Group sister brand Porsche’s ‘e-Hybrid’ line of performance PHEVs – the Spanish plug-in will utilise the same drivetrain as the entry-level Golf hybrid and Octavia iV. 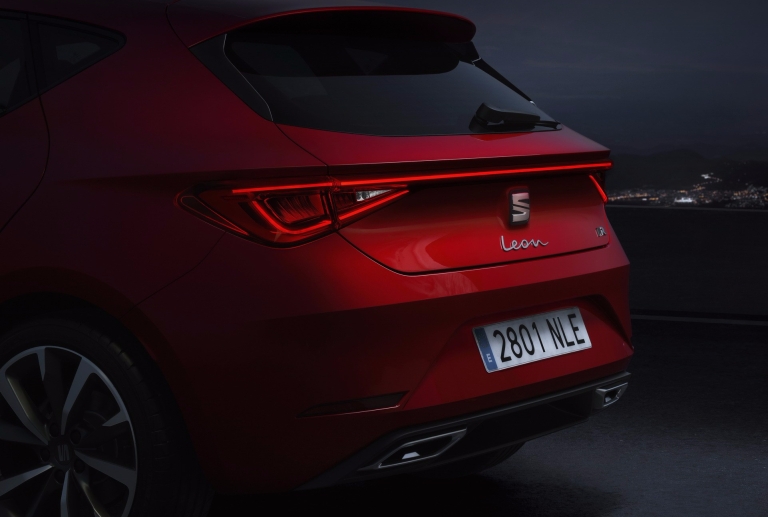 That means a 1.4-litre turbo-petrol engine paired to a 13kWh lithium-ion battery pack, combining for a 150kW power output and a 60km electric-only driving range.

As with previous generations, a line of Cupra-badged performance models are set to be revealed later in 2020, with both plug-in hybrid and conventional petrol powertrains expected to be on offer. Scuttlebutt out of Europe suggests entry Cupras will be powered by the 180kW 1.4-litre hybrid setup out of the related Golf GTE, while a reborn ‘R’ model could score the 221kW-plus 2.0-litre turbo-four employed by the upcoming Golf GTI TCR.

The 2020 Seat Leon is set to go on sale in Europe and the UK later in 2020. Don’t expect to ever see it on Australian roads, given Seat hasn’t sold cars Down Under since the turn of the millennium.