Audi has peeled the camouflage from its first electric S-badged model, the e-tron S, in both ‘wagon’ and coupe SUV bodystyles. 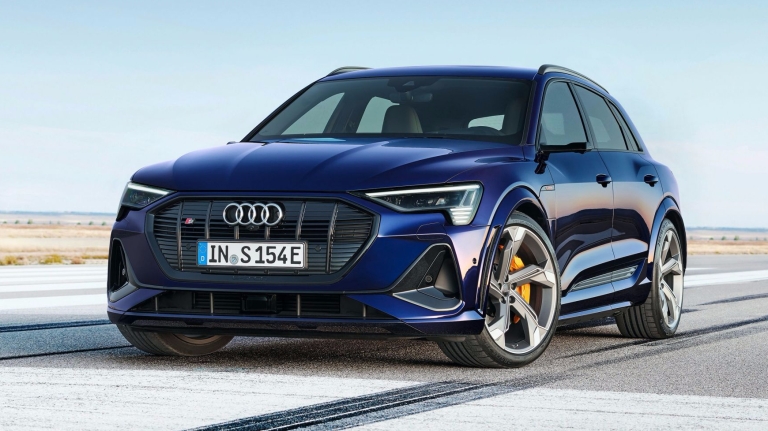 First previewed in February in camouflaged prototype form, the hot SUV duo are the first electric vehicles to enter production with a tri-motor powertrain.

Two motors on the rear axle – one for each wheel – and one on the front axle combine for overall system outputs of 370kW of power and 973Nm of torque in Boost mode. Normal mode sees those figures drop to 320kW and 808Nm.

Audi claims a 0-100km/h sprint time of 4.5 seconds, towards an electronically-limited top speed of 210km/h. 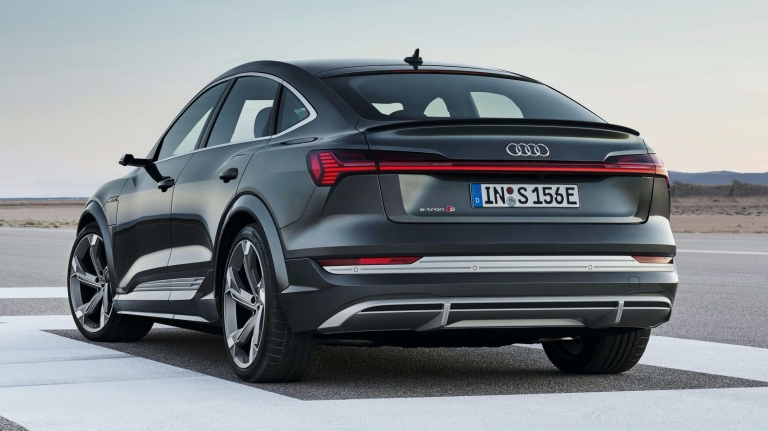 For reference, the standard e-tron 55 quattro develops 265kW/561Nm in Normal mode and 300kW/664Nm in Boost, and can complete the benchmark sprint in 5.7 seconds.

Energy is stored in a 95kWh lithium-ion battery – of which 86kWh (91 per cent) is usable – mounted under the floor, enabling estimated driving ranges of 360km in the ‘regular’ S and 365km in the Sportback, the latter figure thanks to the ‘coupe’ bodystyle’s lower 0.26Cd drag coefficient (vs 0.28 for the standard car).

Each rear motor drives its wheel directly through a single-speed transmission, allowing for quicker, more advanced torque vectoring than with the standard e-tron’s mechanical differential-based setup. Flick the drive mode into Dynamic and the stability control into Sport, and Audi says you’ll even be able to initiate and hold a controlled drift. 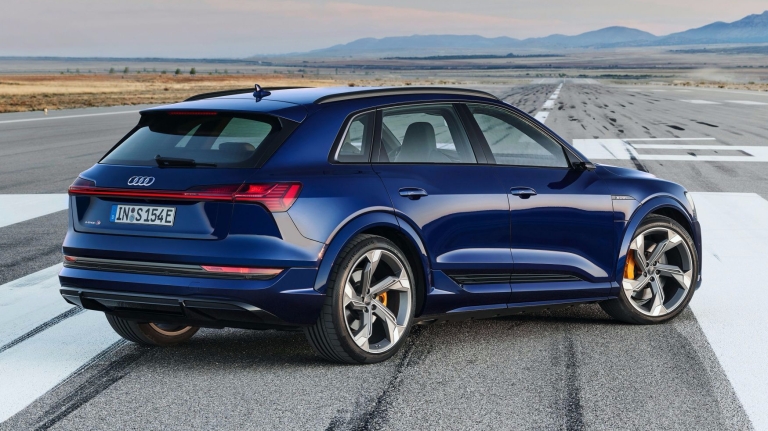 In normal driving, just the rear motors operate, with the front unit activating when a loss of traction is detected at the rear, or when Dynamic mode is selected.

Under the skin, the e-tron S twins ride on retuned, S-specific adaptive air suspension, capable of varying the ride height by 76mm. 20-inch alloy wheels wrapped in 285mm-wide Continental rubber are standard-fit, with 21- and 22-inch units available as an option. 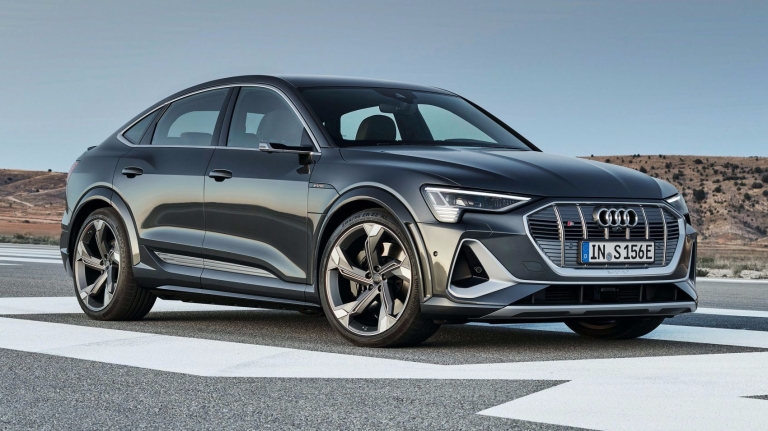 Bringing the hot crossovers to a halt are 400mm front sports brakes clamped by six-piston, S-branded calipers. It’s unlikely you’ll be using them very often around town, as up to 270kW of regenerative braking is on offer – 20kW more than Audi’s Formula E zer-emissions racer. 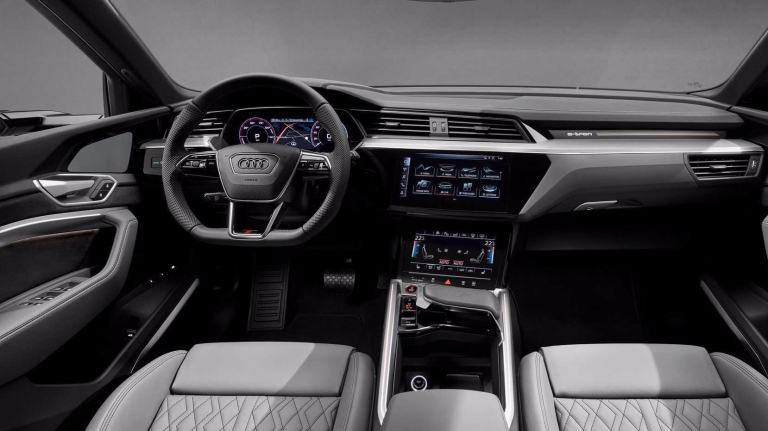