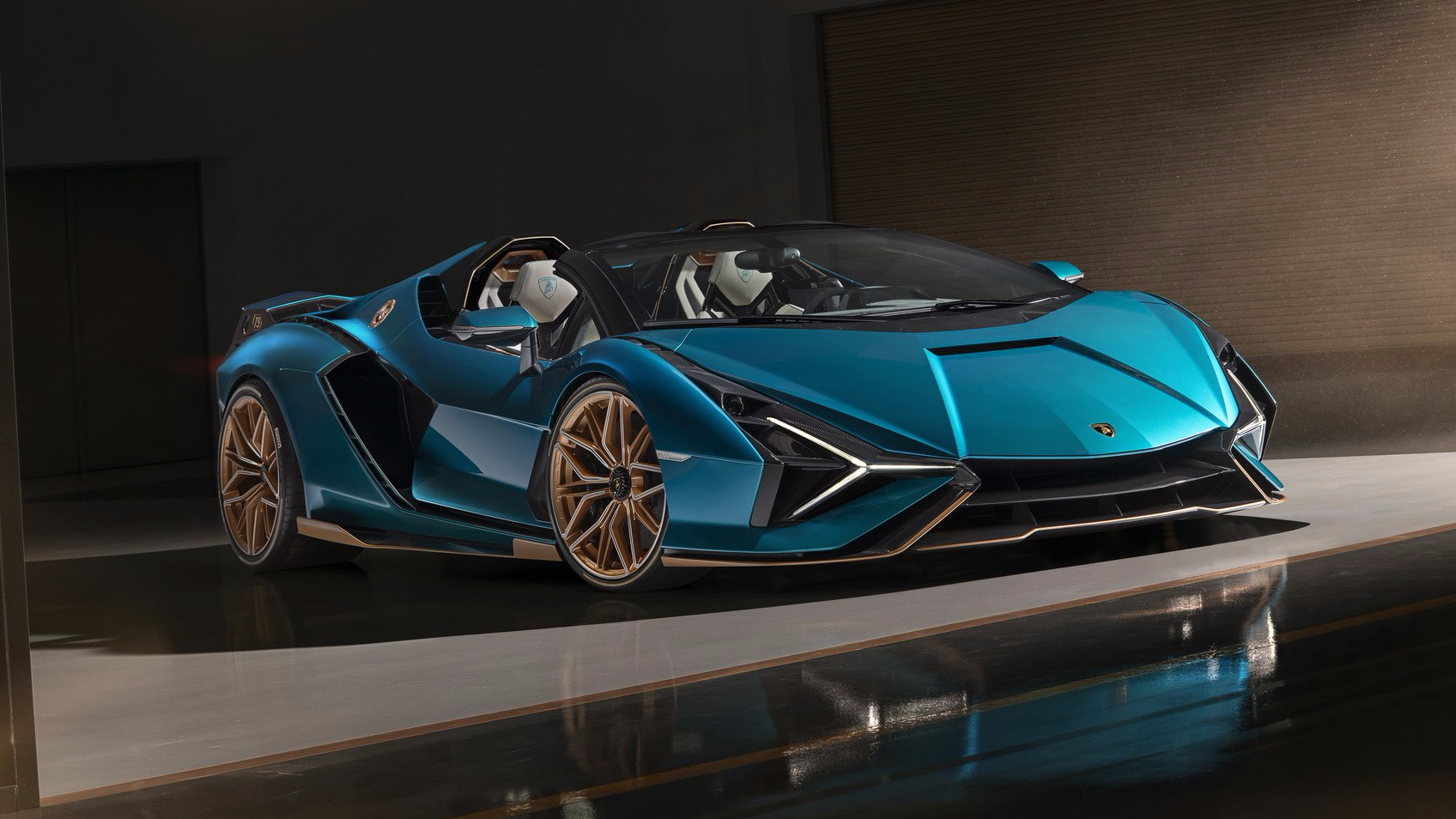 Lamborghini has lopped the top off the fastest car it sells, the hybrid Sian. 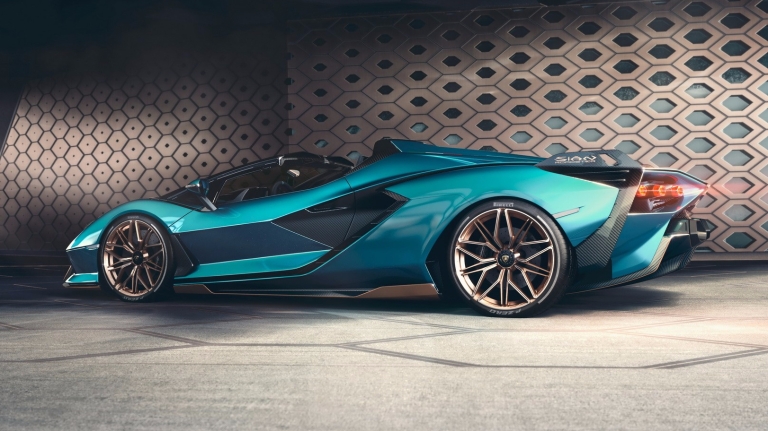 Few details have been released on the Sian Roadster’s roof, however Lamborghini claims the retractable top has no impact on the car’s aerodynamic efficiency.

The drop-top Sian looks nearly identical in the visual department to its fixed-roof siblingfixed-roof sibling, sporting the same extroverted, angular styling cues, Y-shaped headlights and Countach-inspired hexagonal taillights. There’s also an active rear spoiler to increase downforce at high speed, in addition to active cooling vanes across the rear decklid that respond to rising exhaust temperatures and rotate to increase airflow and cooling. 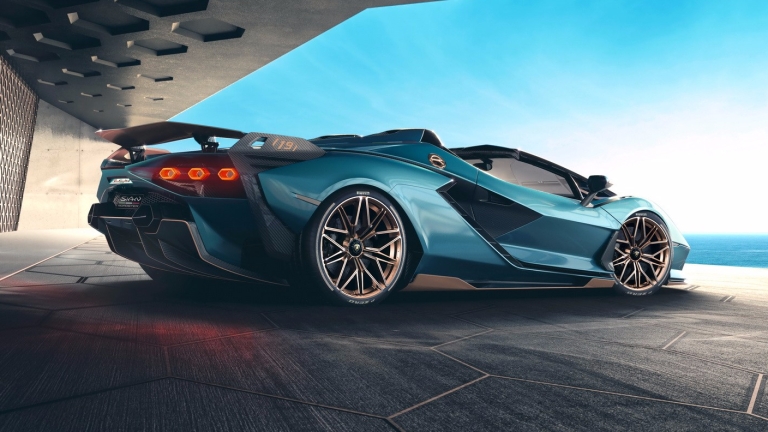 Matching the Roadster’s show is a hefty dose of go. Mounted behind the passengers is the same powertrain as the coupe, a 577kW 6.5-litre naturally-aspirated V12 mated to a 25kW, 48-volt electric motor mounted inside the seven-speed single-clutch automatic transmission for a combined power output of 602kW (819 PS).

The Sián Roadster differs from all other electrified cars on sale through the way it stores its electrical energy. Whereas other hybrids employ heavy lithium-ion batteries, the Italian hypercar employs supercapacitors, which claim to be three times lighter than a traditional battery (at 34kg) yet more powerful. 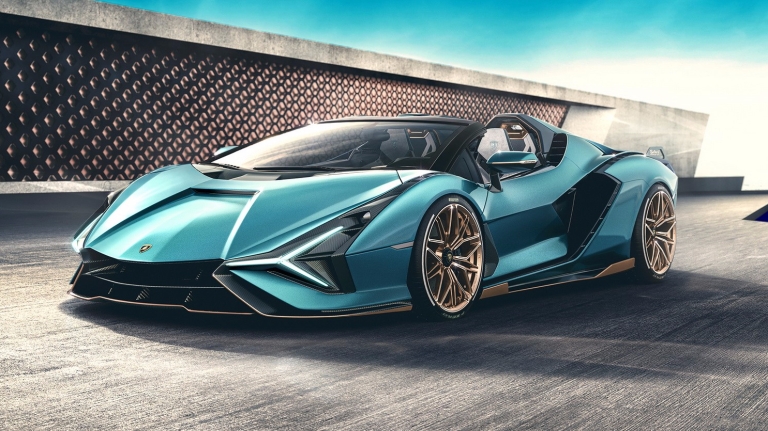 Electrons are dispersed to all four wheels in a variety of driving situations. These include providing an acceleration boost at speeds of up to 130km/h, filling in torque between gear changes, and enabling low-speed parking or reversing maneuvers to be conducted on electric power alone. The supercapacitors are recharged through regenerative braking under deceleration.

Lamborghini claims its fastest-ever convertible will complete the 0-100km/h dash in under 2.9 seconds – one-tenth slower than the coupe – and hit a top speed in excess of 350km/h.

Just 19 examples of the Sian Roadster will be built – joining 63 coupes – each of which will be able to be customised to the owner’s bespoke tastes though Lamborghini’s Ad Personam program, which allows buyers to select from a plethora of exterior colours, interior trim materials and colour schemes, and more. 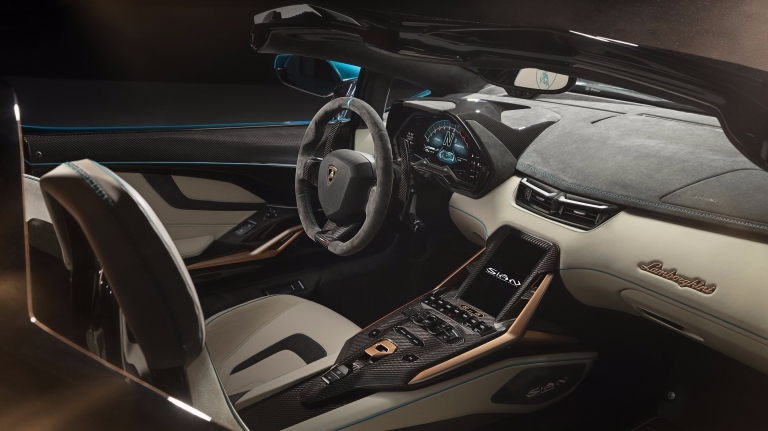