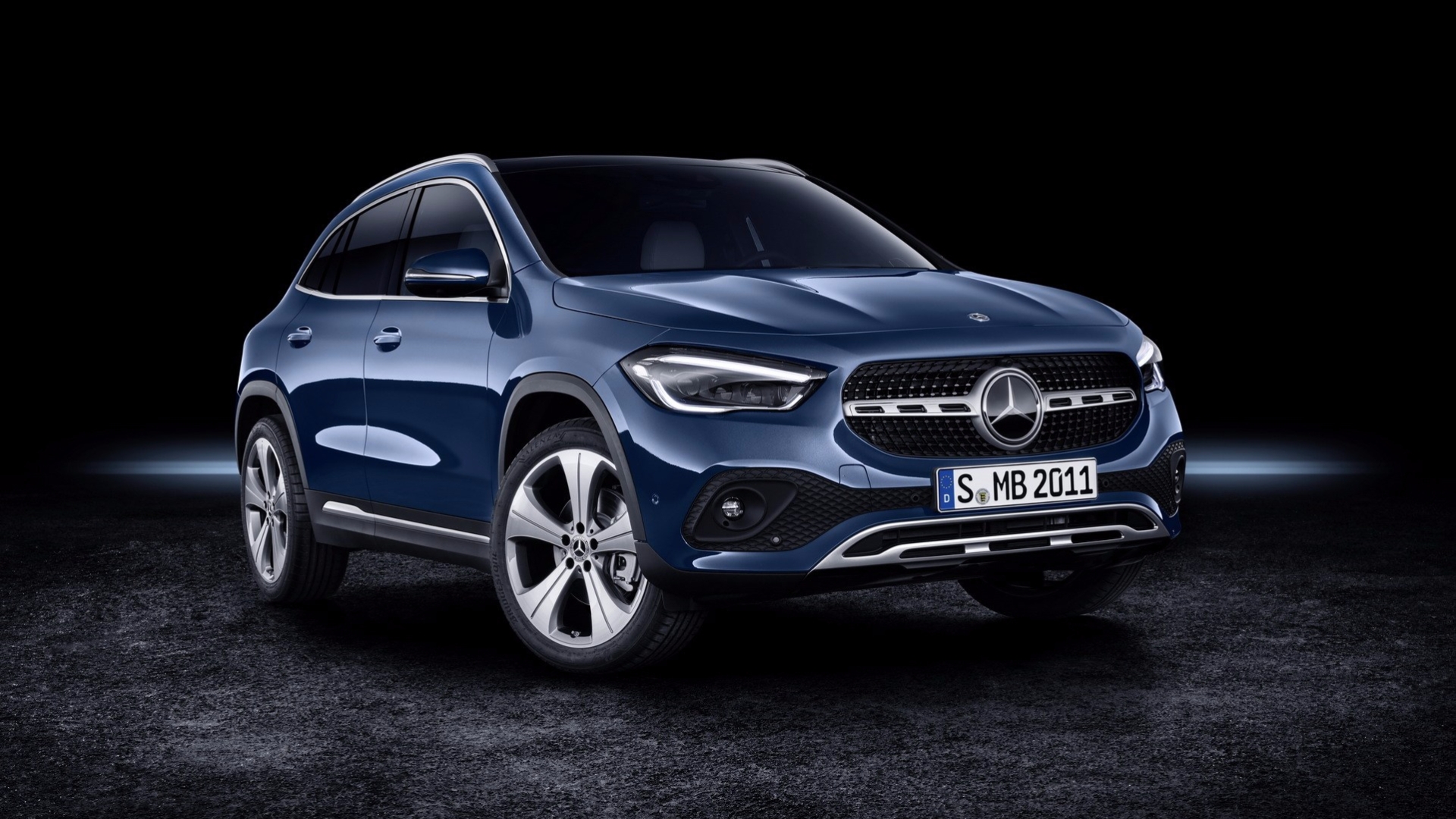 Australian pricing and specification details of Mercedes-Benz’s GLA compact SUV have been released, ahead of the model’s staggered local arrival commencing in August.

The GLA, revealed back in December 2019, shares its MFA II front-wheel-drive architecture with the rest of Mercedes’ eight-strong fleet of compact vehicles, including the A-Class hatch/sedan and boxy GLB SUV.

Kicking off the range is the GLA 200, priced from $55,100 before on-road costs. Under the bonnet is a 1.3-litre turbocharged four-cylinder petrol engine shared with its A200, CLA 200 and GLB 200 stablemates, sending 120kW of power and 250Nm of torque to the front wheels through a seven-speed dual-clutch automatic transmission.

Comfort, convenience and technology additions to the 250 over the 200 include a panoramic sunroof, electrically-adjustable heated front seats with memory functions, lowered comfort suspension, sports steering, 19-inch five-spoke wheels and remote engine start functionality via the ‘Mercedes me Connect’ smartphone app.

Opening the AMG portion of the range is the $82,935 (including Luxury Car Tax) GLA 35 4Matic, which features an uprated version of the 250’s 2.0-litre turbo that’s good for outputs of 225kW and 400Nm. Standard all-wheel-drive and an eight-speed dual-clutch automatic enable a 5.1-second sprint to 100km/h from a standstill.

Power comes from Mercedes-AMG’s all-new, hand-built 2.0-litre ‘M139’ turbocharged four-cylinder petrol engine shared with the A45 and CLA45, developing 310kW of power and 500Nm of torque.

Drive is sent to all four wheels through an eight-speed dual-clutch automatic transmission and a 4Matic+ all-wheel-drive system with Drift Mode and launch control. Mercedes claims a 4.3-second dash to 100km/h, towards a 265km/h top speed.

At launch, GLA 200 and GLA 250 models can be optioned with an Edition 1 package, which adds electrically-adjustable, heated front seats with memory functionality, black leatherette uphostery with red inserts and contrast stitching, carbon-look trim inlays and red/black AMG floor mats, the Parking Package (including a 360-degree camera) and adaptive LED headlights.

The 2020 Mercedes-Benz GLA 200 and GLA 250 4Matic land in Australian showrooms in August, with the AMG-badged performance flagships to touch down in the fourth quarter.