Porsche has unveiled its long-awaited rival to the BMW X6, Mercedes-Benz GLE Coupe and Audi Q8 – the Cayenne Coupe.

From the A-pillar back, the Cayenne Coupe is completely different from its regular wagon sibling. There’s a shallower windscreen and thinner A-pillar, which leads into a heavily raked roofline and a liftback-style tailgate. At the edge of said tailgate is an active spoiler, which raises up to a height of 135mm at speeds over 90km/h.

Dimensionally, the Coupe is slightly lower than its standard counterpart, and measures in at 18mm wider thanks to reworked bumpers and wider arches.

Inside, the rear bench now supports just two people, with the centre seat replaced by a central armrest and storage bin. These passengers sit 30mm lower than in a regular Cayenne, freeing up additional headroom to negate the effect of the sloping roof.

There’s 625 litres of luggage space in the boot with all seats in place, which expands to 1540 litres with the rear bench folded – that’s 145 and 170 litres less respectively than the conventional Cayenne. In the top-spec Turbo, there’s a little less space, measuring in at 600 litres and 1510 litres depending on configuration.

The Cayenne Coupe will be offered in just two specifications, down from four on the regular model. The base model packs a 3.0-litre turbocharged V6, producing 250kW of power and 450Nm of torque – it can sprint from 0-100km/h in 5.9 seconds, towards a 243km/h top speed. 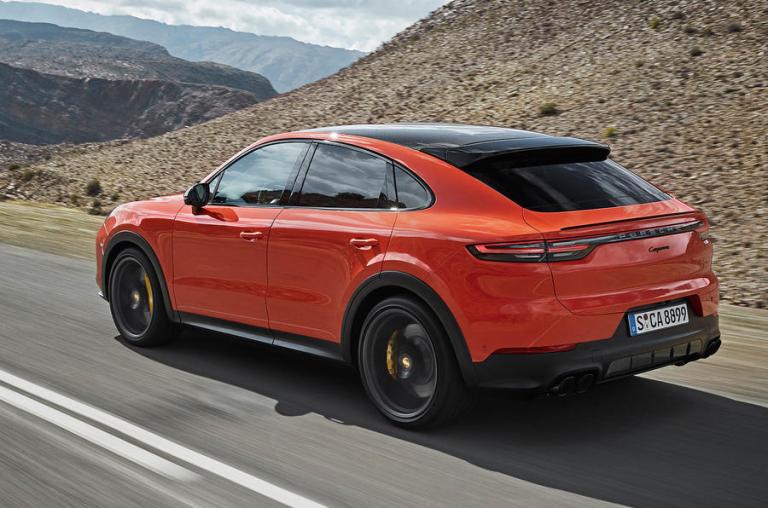 The 2020 Porsche Cayenne Coupe goes on sale in Europe next month. 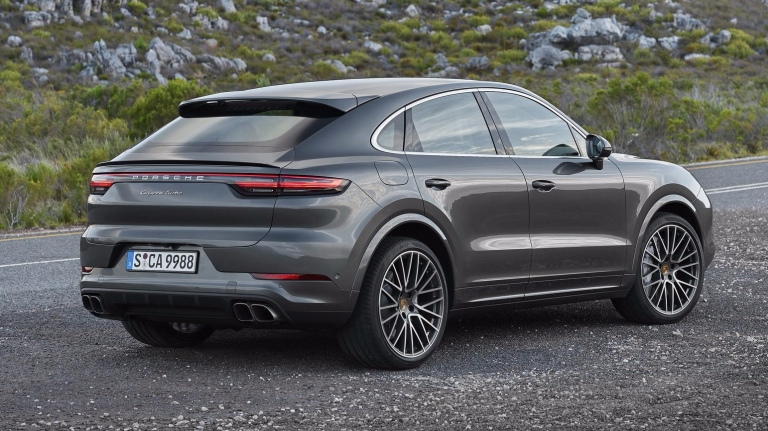