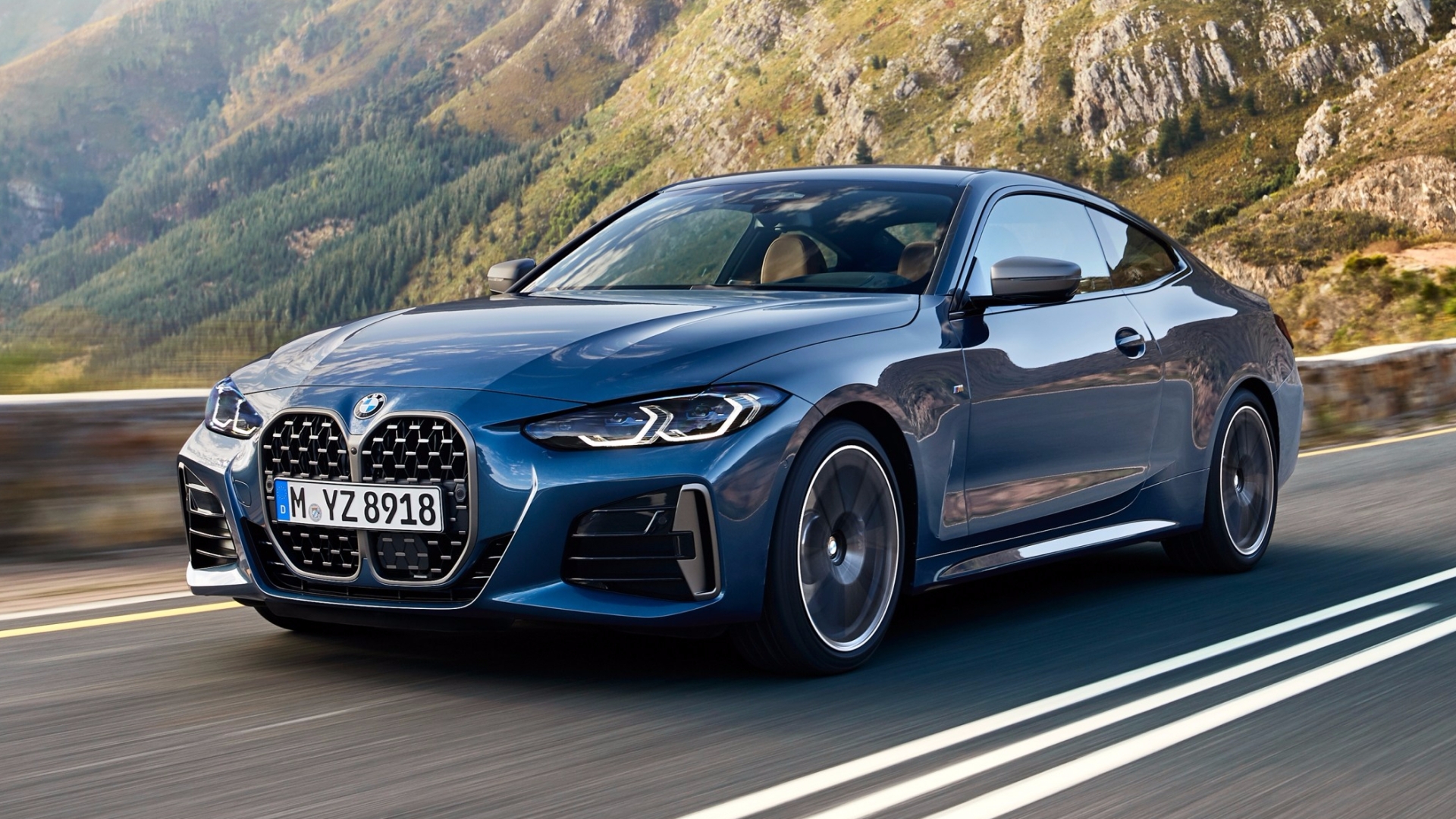 No, your eyes don’t deceive you. This is the new BMW 4 Series Coupe, revealed overnight with the same pair of vertical kidney grilles that graced the Concept 4 show car displayed at last year’s Frankfurt motor show. 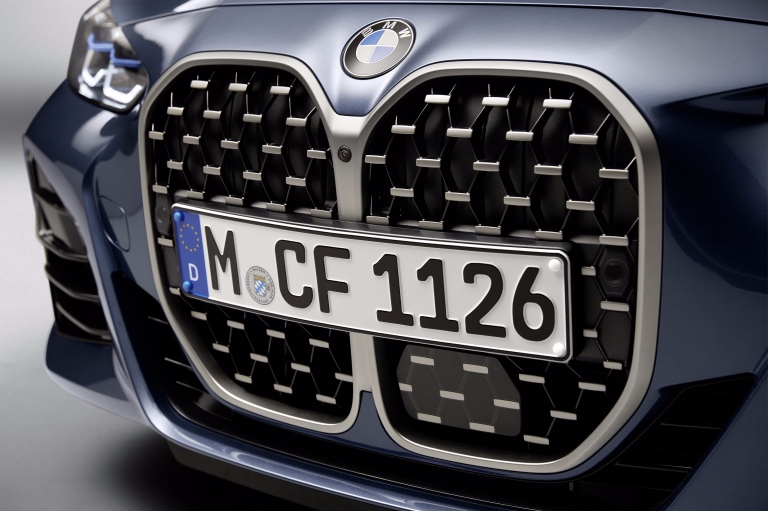 BMW claims the 4 Series’ divisive nose is a modern interpretation of the tall snouts fitted to the classic 1939 328 and 1971 3.0 CSi. It marks a distinct departure from the more conventional, horizontally-focused look offered on the mechanically-related 3 Series range, and is expected to be carried over to the high-performance M4 coupe (and M3 sedan) with minor changes.

The kidneys up front are flanked by slim LED – or, optionally, laser – headlights and, depending on variant, large air intakes on M Sport models or small vents with LED daytime-running lights on Sport Line trims.

Moving further back, the 4er flips the German brand’s trademark ‘Hofmeister Kink’ windowline, while at the rear there’s a pair of sharp LED tail-lights mounted below an integrated bootlip spoiler.

Compared to the 3 Series sedan, the two-door is 57mm lower, with a 21mm lower centre of gravity and 23mm wider track.

Headlining the powertrain lineup at launch is the M440i xDrive. Under the bonnet is the same 3.0-litre turbocharged ‘B58’ inline-six petrol engine as the related M340i sedan and wagon, sending 285kW of power and 500Nm of torque to all wheels through an eight-speed automatic transmission and rear-biased all-wheel-drive system.

The Bavarian brand claims a 4.5-second dash to 100km/h for its range flagship – a position the M440i will hold until the 375kW M4 Competition debuts in September – and an electronically-limited 250km/h top speed.

Available performance features include adaptive dampers, locking rear differential, M Sport brakes, variable sports steering and ‘Sprint’, a feature which puts the gearbox, engine response and exhaust in their most hardcore setting for an overtake or short burst of rapid acceleration.

Decide you don’t need the M440i’s performance and you can opt for one of two lower-spec petrol models, both utilising 2.0-litre turbocharged four-cylinder engines and eight-speed automatic gearboxes: the 135kW/300Nm 420i and 190kW/400Nm 430i, capable of 7.5- and 5.8-second 0-100km/h sprint times respectively.

The sole diesel option at launch is the 420d, powered by a 140kW/400Nm 2.0-litre turbo-four driving the rear or all wheels through an eight-speed auto. 0-100km/h times are rated at 7.1 and 7.4 seconds for the rear-drive and all-paw models respectively.

A rear-wheel-drive version of the M440i is also set to join the range – though likely for US customers only – at the same time.

All diesels and six-cylinder petrol models feature a 48-volt mild-hybrid system, which can add an additional 8kW of power in certain situations. 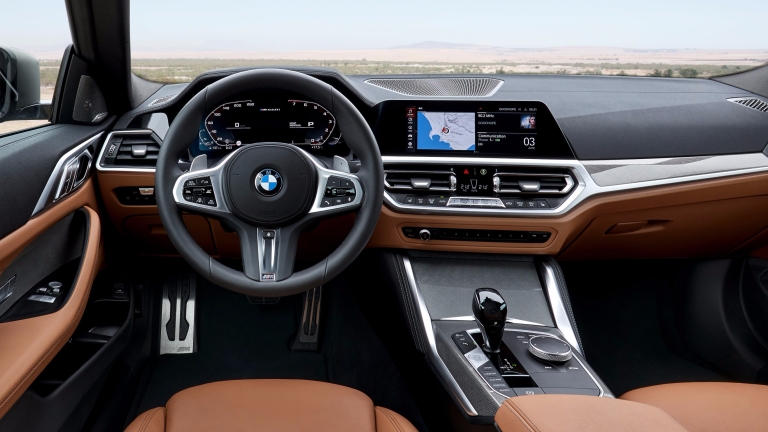 Inside, the cabin is reminiscent of that of the latest 3 Series, with a 12.3-inch digital instrument cluster and a 10.25-inch infotainment display dominating the dashboard. Other available interior features include wireless phone charging, inbuilt dash cam recorder, over-the-air software updates, premium leather trim and support for both Apple CarPlay and Android Auto. 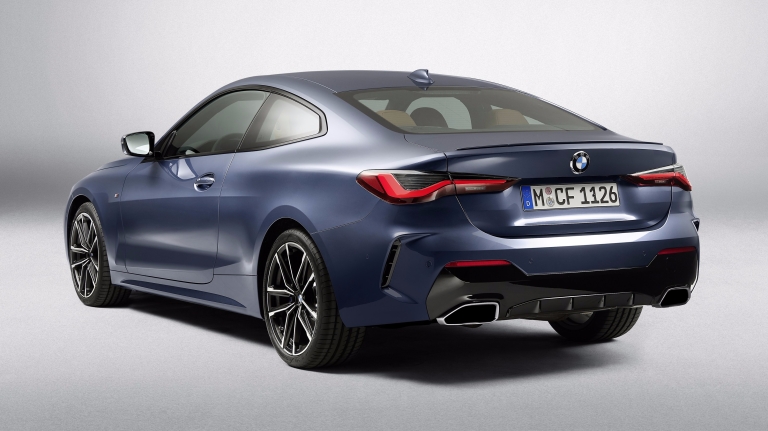 The 2021 BMW 4 Series Coupe is scheduled to land in Australian showrooms in October, as a three-strong, petrol-only range consisting of 420i, 430i and M440i xDrive models.