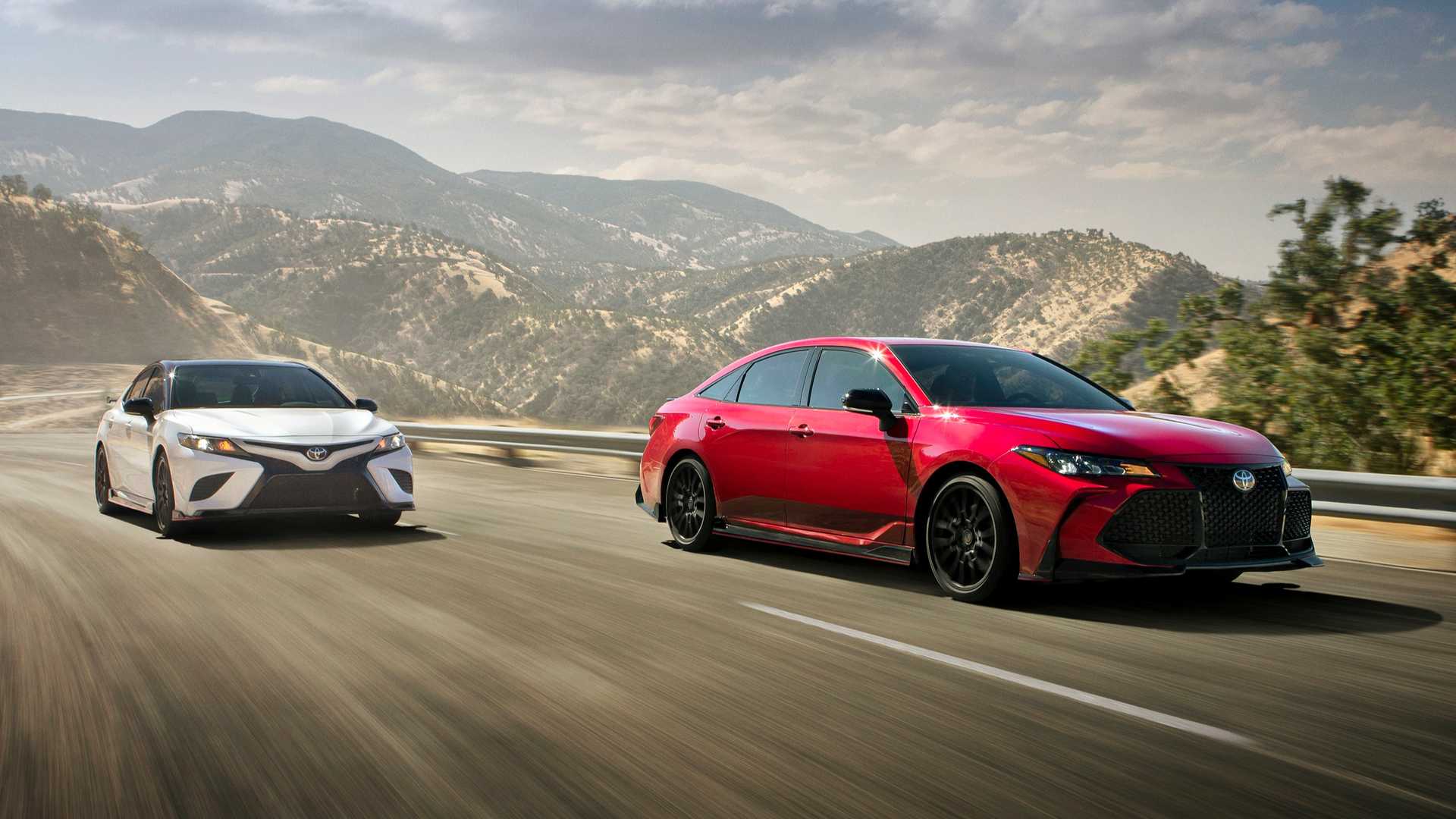 The Camry and Avalon TRD models both use the same 3.5-litre naturally aspirated V6 as their regular counterparts. Toyota’s press release doesn’t state whether the new models get any power upgrades, so it’s safe to assume that they retain their existing 224kW and 362Nm outputs.

The sporty sedans get a black body kit with red accents, which consists of a front splitter, side skirts, rear diffuser, two-tier wing for the Camry (or a lip on the Avalon) and a black front grille. There are also lightweight black 19-inch alloy wheels, which run on 235/40R19 Bridgestone Potenza tyres – red accents can also be found on the brake calipers and interior. Speaking of the interior, both sedans gain TRD logos embroidered into the headrests and floormats, along with red seatbelts, red gear selector, and suede/fabric inserts in the front seats.

Changes have been made mechanically, too. The Camry and Avalon TRD get sportier suspension, which rides 15mm lower and is stiffer than the standard model – 44% at the front and 67% at the back to be exact. There’s also additional body bracing and larger front brakes, with 328mm discs clamped between two pistons (up from one). In addition, they both get cat-back sports exhaust systems that add some more noise and roar to their aspirated V6s.

The Toyota Camry and Avalon TRD go on sale in North America in late 2019. Sadly, they won’t be reaching Australian shores.