Hyundai’s first new N model in more than a year, the i20 N, has been teased undergoing winter testing on a frozen lake in northern Sweden, ahead of its full debut and European launch later this year.

The promotional video released by the Korean carmaker – which serves as the first official confirmation of the baby hot hatch’s existence – features Hyundai World Rally Championship driver Thierry Neuville behind the wheel of an i20 N prototype, the Hyundai RM19 mid-engined prototype and the Belgian driver’s 2020 i20 WRC rally car.

While the prototype in the video’s front and rear fascias are heavily shrouded in camouflage, a set of 18-inch alloy wheels from entry-level versions of the larger i30 N in Europe are visible, as are larger brake discs clamped by red calipers.

Behind the camo, expect more aggressive front and rear bumpers, with recent spy shots also indicating the i20 N is set to feature a prominent rear spoiler and dual exhaust tips.

It’s not yet known what will power the hot i20. Considering its expected positioning as a rival for the 147kW/290Nm Ford Fiesta ST, the most likely candidate would be the 1.6-litre turbocharged four-cylinder petrol engine utilised by the i30 N Line hatch, developing a class-competitive 150kW of power and 265Nm of torque.

In the i30, the engine is mated to a choice of six-speed manual and seven-speed dual-clutch automatic gearboxes. We’d wager the former will be fitted as standard to the i20 N, with the latter potentially on the cards if Hyundai plans to do battle against the DSG-only Volkswagen Polo GTI.

A plethora of chassis tweaks are expected under the skin, likely including lower, stiffer suspension, larger sports brakes, a quicker steering rack, a limited-slip front differential, variable exhaust and a full gamut of customisable drive modes. 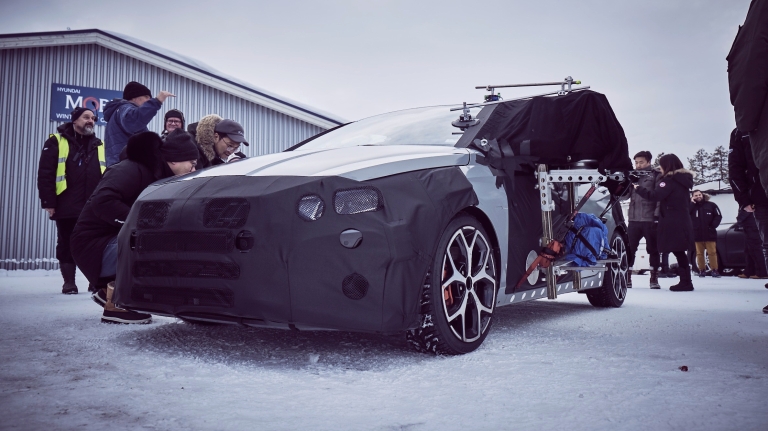 Hyundai hasn’t confirmed when the i20 N’s camouflage will be officially lifted, though the four-month span between the i30 N’s winter testing teaser back in March 2017 and its full reveal in July of the same year suggests a debut for the light-sized hot hatch will occur in the coming months.

While a European launch has been locked in for the i20 N, the same can’t be said for a potential Australian arrival. A Hyundai Australia spokesperson told CarExpert: “We’ve made no secret of the fact our focus is on building an N performance family in Australia, and we are likely to take i20 N. But nothing is confirmed at this stage.”

Stay tuned to Redline for the latest Hyundai i20 N news.